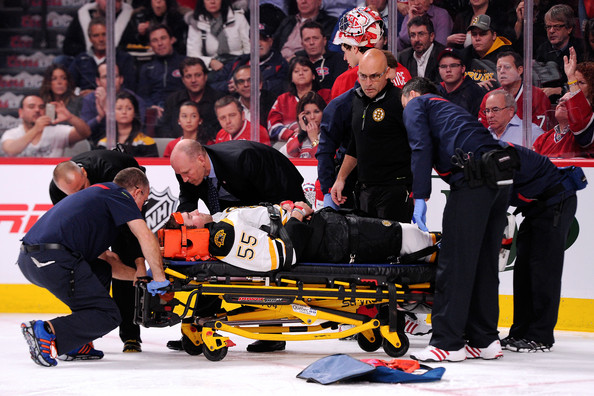 Boston Bruins defenseman Johnny Boychuk had to be stretchered off the ice after a hit from Max Pacioretty of the Montreal Canadians.

Boychuck appears to have slammed his head into the boards prior to going down.

The Bruins tweeted that Boychuk was conscious as he left the ice and later provided info that he was transported to an area hospital and had movement in his extremities.

Before Boychuk was transported to the hospital, he was able to demonstrate movement in all of his extremities ^CS

We will not know the full extend of Boychuk’s injuries or how long he will be out until tomorrow at the earliest.