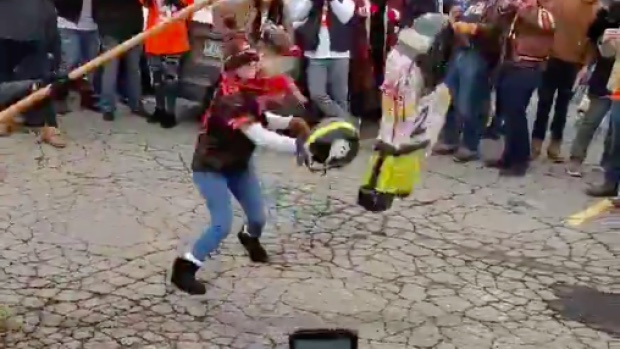 A little over a week after Myles Garrett was suspended for the remainder of the 2019 season, Browns fans swung a helmet at a piñata made in the likeness of Mason Rudolph.

Browns fans are swinging at a Mason Rudolph piñata with a Steelers helmet.

Rudolph was benched in Sunday’s game against the Bengals as the Steelers rallied back to keep their playoff hopes alive.

Following the game Rudolph denied saying a racial slur towards Garrett. The defensive end has claimed Rudolph used the slur prior to him ripping off his helmet and hitting him in the head with it.