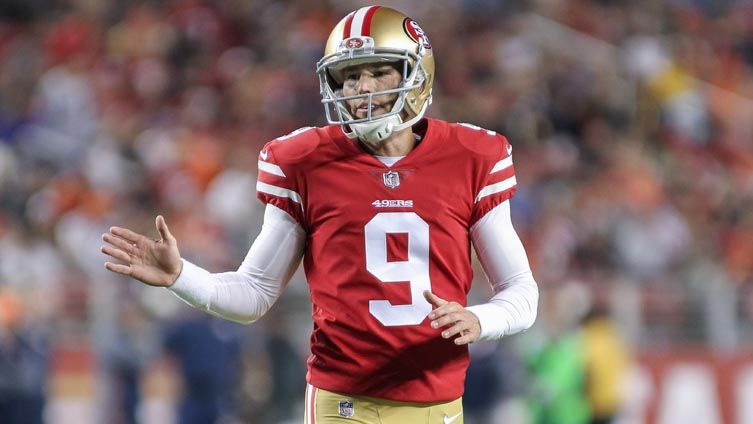 Ahead of Monday’s 4 pm ET deadline for franchises players to sign long-term extensions the 49ers have reached an agreement with kicker Robbie Gould.

Gould’s new contract runs for at least two-years and $10.5 million with an option clause which could make it four years and $19 million. If picked up the extension would be worth $15 million guaranteed.

The option would need to be picked up by the 17th week of the 2020 season and was instrumental in getting a deal done for the two sides after Gould had requested a trade in April.

Gould, 36, has made 72 of 75 field goal attempts since signing with the 49ers and leg the NFL with a 97.1 field goal percentage last season.