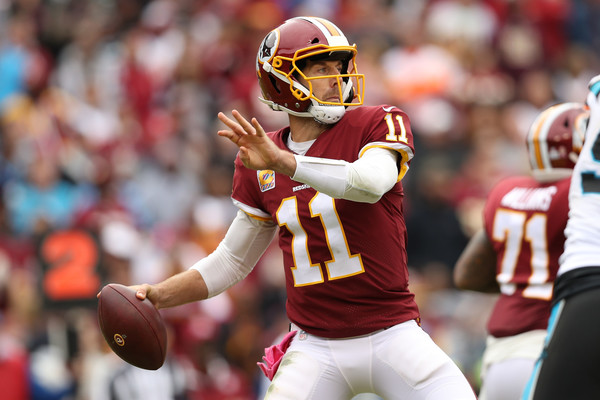 The Redskins apparently are not feeling good about the chances of quarterback Alex Smith playing in 2019.

According to Ian Rapoport of NFL Network, the Redskins have been planning as if the quarterback who signed a five-year deal last January will miss the entire 2019 season.

Smith has been spotted wearing a massive brace on h is broken leg multiple times, most recently at a Washington Wizards basketball game.

The road to returning is expected to be long for the 34-year-old and the chances of him having played his final NFL game appear to increase by the day.

With Smith’s future looking gloomy the Redskins may be prompted to consider drafting a quarterback early in the upcoming draft. Likely free agent options include Nick Foles, Joe Flacco and Teddy Bridgewater. It is not out of the question that the Redskins sign both a veteran and draft a quarterback.

Smith appeared in 10 games with the Redskins completing 62.5% of his passes for 2180 yards while throwing 10 touchdowns and five interceptions.