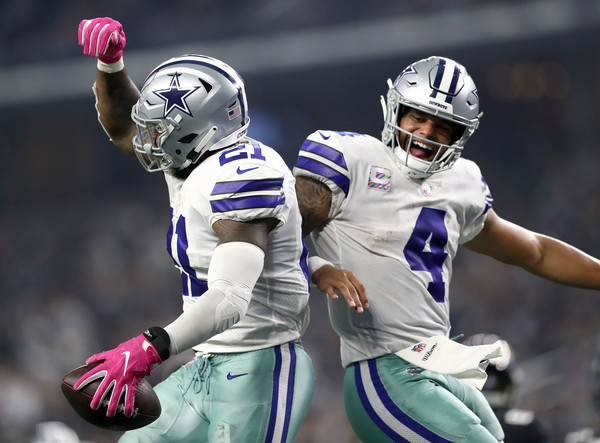 After winning the NFC East, the Dallas Cowboys (10-6) earned a home playoff game in the Wild Card Round. Visiting the Cowboys will be the Seattle Seahawks (10-6).

Saturday’s match-up between the Cowboys and Seahawks figure to drawl plenty of interest from those interested in NFL betting. The two teams have been similar against the spread on the season with the Seahawks 9-5-2 and the Cowboys 9-6-1.

A week ago the Cowboys opted to rest Ezekiel Elliott in their regular season finale. Despite not playing, Elliott did claim the NFL Rushing title with 1,434 yards this season on 304 carries. It marked the second time in three years that Elliott claimed the rushing title. His 95.6 yards per game were the most in the NFL for the third straight season. The game plan for the Cowboys figures to revolve around Elliott who looks to attack a Seahawks defense who ranked 13th in the NFL against the run allowing 113.4 yards per game. It may prove to be difficult as both Zack Martin and Tyron Smith have been dealing with injuries and will enter the game as questionable.

The Seahawks as a team actually rushed for more years on the season than the Cowboys. Their total of 160 yards per game were the best in the NFL where the Cowboys ranked 10th. The Seahawks ground game is headed by second-year Chris Carson who finished the season with 1,152 rushing yards.

A 7-1 finish to the season propelled the Cowboys to rebound and claim the NFC East while with much credit being given to a in-season trade with the Oakland Raiders which netted wide receiver Amari Cooper. While not nationally talked about as much as the Cowboys, the Seahawks also finished out the season strong winning six of their last seven.

Kickoff for Saturday’s game is scheduled for 8:15 pm ET from AT&T Stadium.

The Odds: The Cowboys are currently listed as a 1.5 point favorite against the visiting Seahawks. The over/under for this game is 43 total points.

Both teams will enter this game better than a season ago when both missed out on the playoffs with identical 9-7 records. The Seahawks had appeared in the playoffs the five seasons before 2017. Those appearances ended with a Super Bowl win, a Super Bowl loss and three divisional round losses.  The Cowboys will be making their third playoff appearance with Jason Garrett as head coach but will be hoping to get past the divisional round themselves.

One of those streaks of divisional round games will come to an end on Saturday. Will it be the Cowboys or the Seahawks who move on?