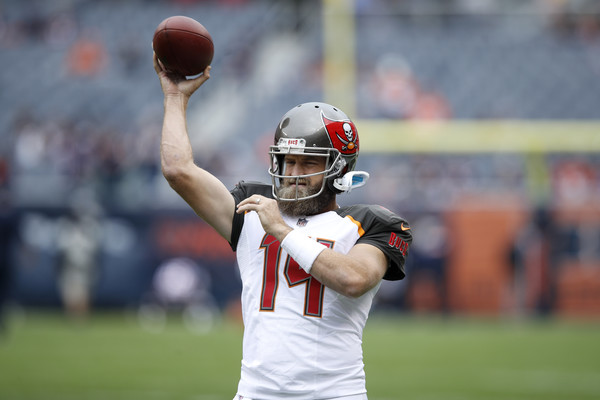 The Buccaneers have announced that Ryan Fitzpatrick will be their starting quarterback for Week 9.

With Jameis Winston’s contract for 2019 only guaranteed in case of injury there is reason to believe this could be the team’s play for the remainder of the season. Fitzpatrick has been better than Winston in the passing game designed by offensive coordinator Todd Monken.

Fitzpatrick has topped 400 years in all three games in which he played the entire game. On the season he has 1,550 total passing yards to go with a 13/5 touchdown to interception ratio.