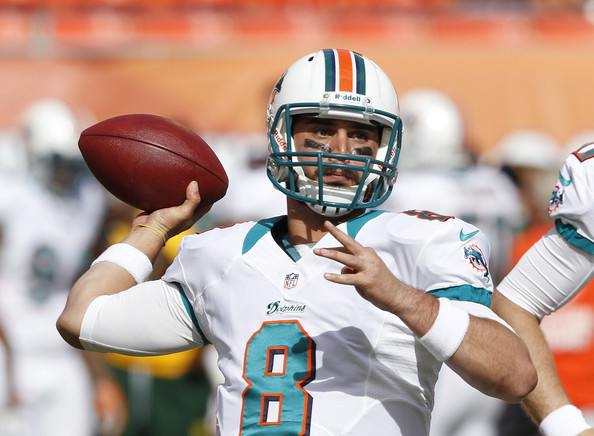 The Dolphins will be looking for a quarterback this spring. It will not be a replacement for Ryan Tannehill but rather backup Matt Moore.

Moore’s seven year tenure with the Dolphins appears to be heading to an end with the team unlikely to re-sign him according to Amando Salguero of the Miami Herald.

The Dolphins brought in Jay Cutler after Tannehill went down with an injury. Moore, 33, apparently was not happy about this believing he deserved the chance to start in place of Tannehill after helping the team win two of their final three games the season before allowing the Dolphins to qualify for the playoffs.

Moore will have to settle for another job as a backup and given that he’s spent seven years in Miami, it seems he is okay with that. Given that Moore is considered one of the better backup options in the NFL, one would not expect him to be unemployed for long.

What will be interesting to watch is whether Moore signs with the best team or the team to whom he believes could offer him a chance at starting a few games during the 2018 season.