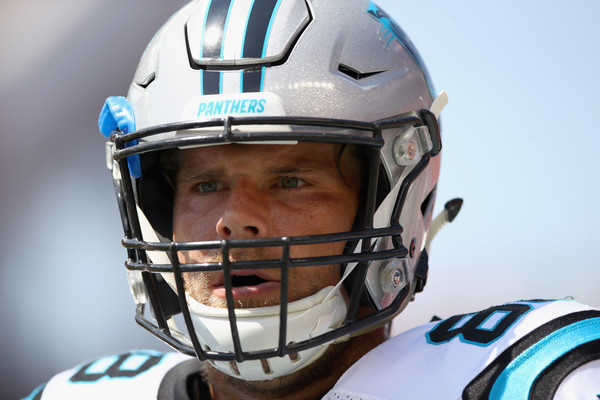 Whether or not Greg Olsen plays Sunday against the Saints is now a question that the Panthers are having to ask. Olsen has missed the first two practices of the week and while he did not suffer any additional damage to his foot, it does appear there is some cause for concern with the teams tight end. If Olsen is able to play Sunday he may be used as a decoy or in a very limited role.

In a bit of good news for the Panthers both wide receiver Devin Funchess and running back Christian McCaffrey returned to practice on Thursday.

The toe injury suffered by Funchess last week was never really a cause for concern with the Panthers and now his return to practice should all but end concerns about his availability on Sunday. With 50 catches and 643 yards though 11 games to go with five touchdowns expect Funchess to remain an integral part of the Panthers passing game. Even with the Saints secondary getting healthier expect Funchess to have a good game this weekend. He caught four passes for 58 yards in Week 3 against the Saints and has 17 catches for 286 yards and two touchdowns over his last three games.

McCaffrey had a big game the last time he played against the Saints amassing nine catches for 101 yards. He has topped 50 yards rushing in two of his last three games – averaging 5.6 YPC along the way –  and has added some receptions as well.