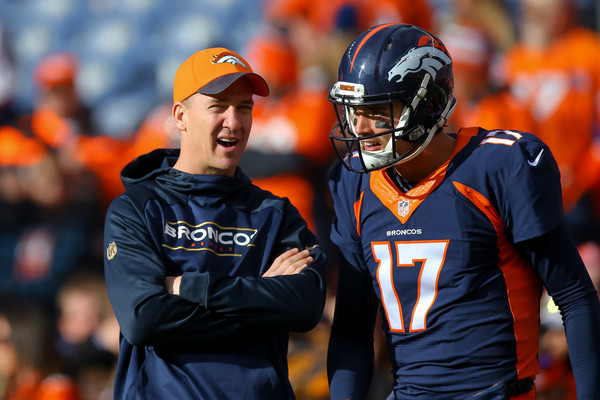 After the Super Bowl, Broncos quarterback Peyton Manning said he would wait a few weeks before making a decision on whether or not he would retire.

Manning dealt with injury and ineffectiveness during the 2015 season missing multiple games which allowed backup Brock Osweiler to see the field. Osweiler played well in his initial starts but struggled as defenses adjusted and became a turnover machine which forced Gary Kubiak to return to Manning as the teams quarterback midway though Week 17.

Now Manning may be heading for retirement and Osweiler to free agency. The Broncos apparently are waiting on Manning’s announcement before they ramp up contract talks with Osweiler according to 9 News in Denver.

By waiting on Manning’s decision the Broncos place themselves in a difficult spot as they risk losing Osweiler in free agency. The Broncos however may be looking at this from a PR standpoint where making a decision on Osweiler and a new deal could be seen as forcing Manning out and result in some fan angst. Osweiler could generate a good amount of interest on the market but the Broncos know they are the team which offers the most to would-be free agent quarterbacks thanks to a glut of receiving options and a defense which can elevate even average quarterback play into a Super Bowl victory.