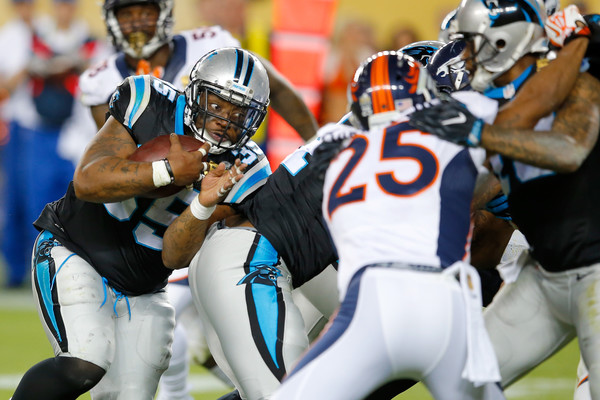 Two impending free agents are hopeful to remain with the Carolina Panthers for the 2016 season.

Pro Bowl fullback Mike Tolbert and wide receiver Jerricho Cotchery are both hoping to get new deals worked out that will allow them to remain with the team.

With the fullback position dying out across the NFL it is hard to imagine Tolbert landing a big deal. He was a First-Team All-Pro for the second time in his career this year.

In the Super Bowl the 30-year-old Tolbert ran four-times for 18 yards while not recording a catch. He also fumbled the ball on a second quarter run which was recovered by the Broncos linebacker Danny Trevathan.

Cotchery had a drop filled Super Bowl and has done little since arriving in Carolina two years ago. Even with a depleted set of receivers the 33-year-old caught just 39 passes for 485 yards and three touchdowns this year. Those numbers are about the best case scenario for Cotchery going forward so it would not be a surprise to see the Panthers move on from the veteran.