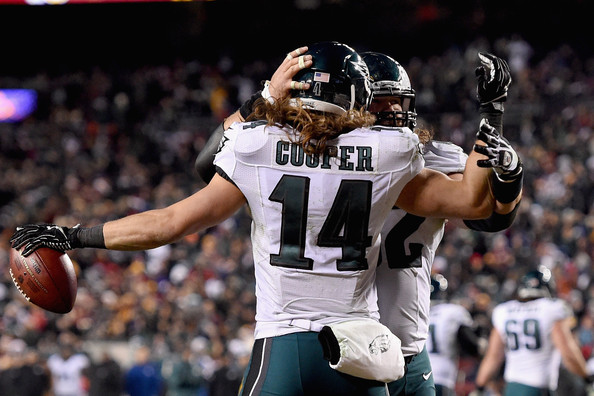 On Monday the Eagles cut ties with wide receiver Riley Cooper opting to release the veteran from their roster.

Cooper, 28, spent six seasons with the Eagles after joining them as a fifth round draft pick in 2010.

When Chip Kelly came to the Eagles the production of Cooper picked up. In 2013 he caught 47 passes for 835 yards and eight touchdowns. That breakout season earned him a five-year deal worth $22.5 million.

In 2014 Cooper’s catch total upped to 55 but his yardage total fell to 577 and three scores as the Eagles struggled with quarterbacks Nick Foles and Mark Sanchez. This season those numbers fell to just 21 receptions for 327 yards and two touchdowns.

With the move to release Cooper the Eagles free up $2.9 million in salary cap space. With Kelly now in San Francisco it would not be a surprise to see the 49ers sign the receiver to a low-cost deal.