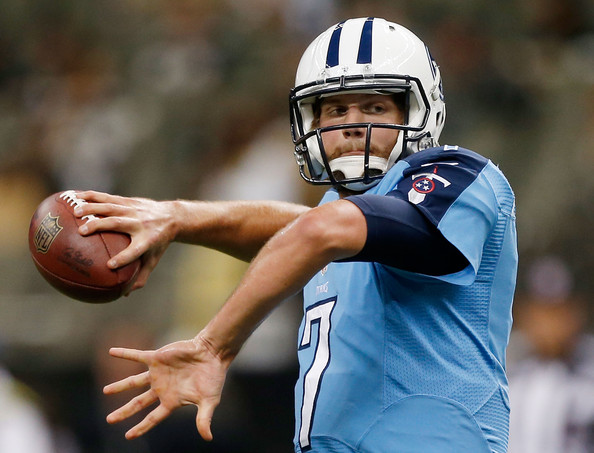 The Titans drafted former LSU signal caller Zach Mettenberger in the mid-rounds of last years NFL Draft. As a rookie he saw time on the field for the team who finished just 2-14 on the season.

While the 23-year-old has the size and arm of an NFL quarterback he also was a bit erratic in his rookie season and is not seen as a long-term solution at the position. Despite all that the Titans still plan to allow him to be their quarterback to start the 2015 season reports The Nashville Tennessean.

The Buccaneers have the No. 1 overall pick and are said to be leaning towards Florida State’s Jameis Winston. That would leave Orego’s Marcus Mariota facing a slide down the draft board unless someone were to trade up.

While it could be draft posturing, the Titans have nothing to gain by pretending to be disinterested in either Winston or Martiota when they would be guaranteed of getting one of them at No. 2 overall.

In seven starts Mettenbeger completed 59.8-percent of his passes for 1,412 yards while tossing eight touchdowns and seven interceptions.