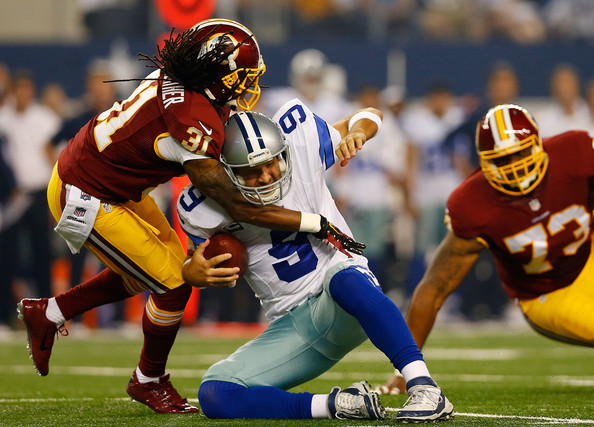 Tony Romo suffered a back injury on Monday night making his status for Week 9 “questionable at best” according to Ian Fitzsimmons of ESPN Radio.

Romo was able to return to Monday’s game but with protection breaking down and his injury bothering him was unable to generate much offense.

I am told the injury to Cowboys QB Tony Romo will have him at best questionable for Arizona on Sunday but his season is not in jeopardy.

The Cowboys are 6-2 on the season and do not want to jeopardize Romo going forward. If he is unable to play then Brandon Weeden would start for the Cowoys. Weeden generated 10 points in his two series under center on Monday night. Given the success he was having many questioned why Romo came back into the game in the first place.

Whether it is Romo or Weeden starting against Arizona the Cowboys figure to use a run heavy attack.