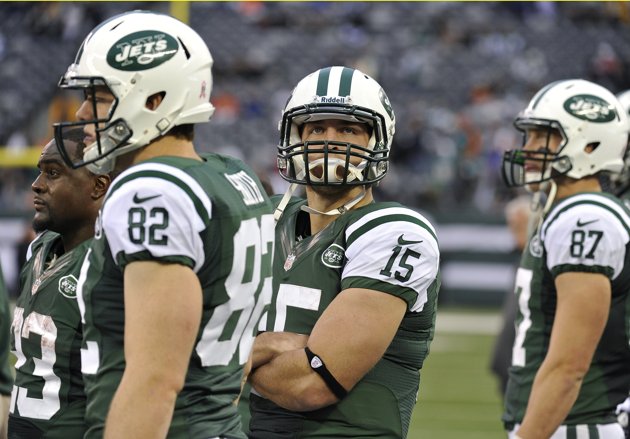 The Seattle Seahawks are not expected to make a move to add Tim Tebow to the roster. That news is hardly a surprise but that any team actually kicked the tires of acquiring the 25-year-old is news.

Tebow was rarely used after being acquired by the New York Jets last year. The Jets talked about using Tebow in a wildcat formation but his biggest contributions to the team came on special teams as a blocker on punts.

Seattle never made a trade offer and thus as the Seattle Times notes “Tebow remains with the Jets and is set to make more than $2 million. While the Seahawks did look into acquiring him, he’s not thought to be a consideration.”

The Seahawks recently traded backup quarterback Matt Flynn to Oakland. That move left the team with only Russell Wilson and Josh Portis on the roster.

According to the Times the Seahawks could take a look at Seneca Wallace, Tyler Thigpen, Brady Quinn or Matt Leinhart now that they have opted against acquiring Tebow.

ahawks explored the possibility of acquiring Tim Tebow, but are not expected to pursue him further.

The Seattle Times reported that the Seahawks did “look into acquiring” Tebow, but he’s no longer thought to be a consideration. With Matt Flynn dealt to Oakland, Seattle is left only with newly signed Josh Portis as Russell Wilson’s backup. The Times named Seneca Wallace, Tyler Thigpen, Brady Quinn, and Matt Leinart as candidates to back up Wilson. Wallace and Thigpen are the likeliest fits.
Facebook
Twitter
Pinterest
WhatsApp
ReddIt
Digg
Previous articleDeMarcus Ware to Tony Romo: “Put up or shut up”
Next articleSeahawks to work out four quarterbacks on Monday