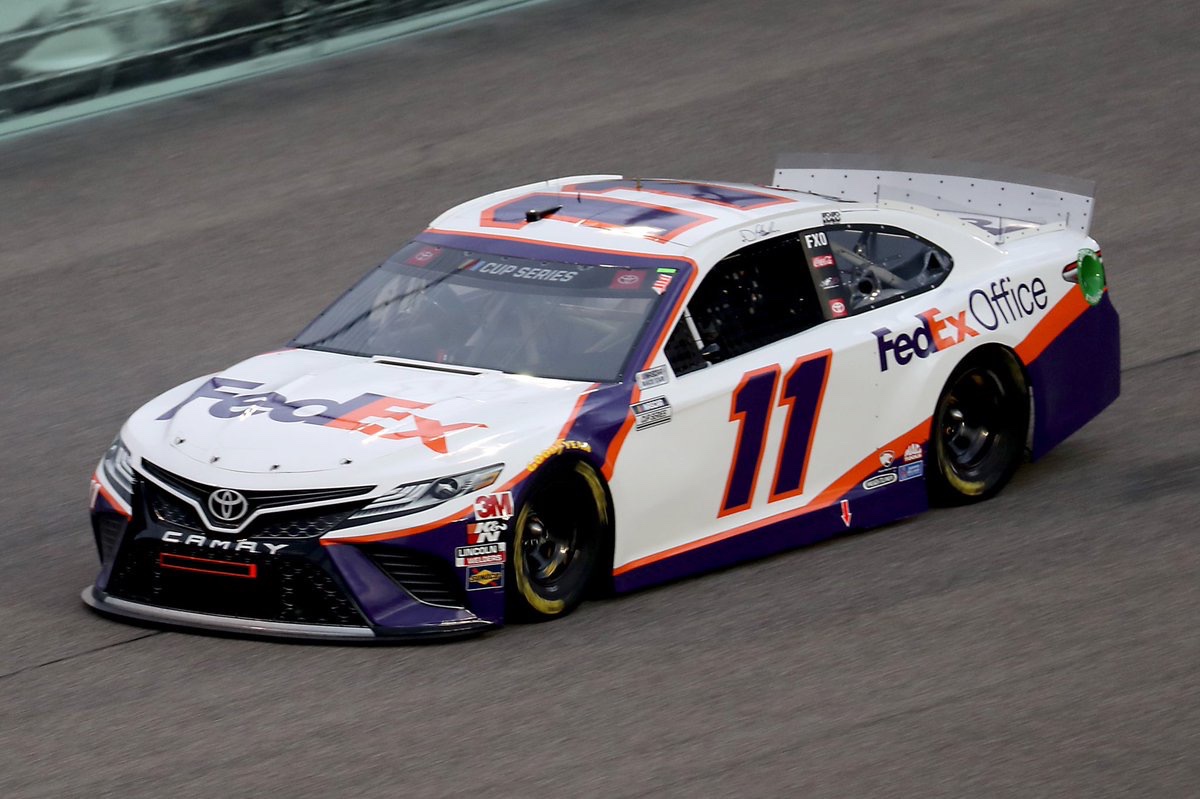 After years of the 1.5-mile track being the final race of the season, this year the event was shifted to earlier in the season. A rain shower prevented the race from going green by just over an hour.

Joey Logano got around pole sitter Denny Hamlin to lead the first lap as dark clouds surrounded the race track. Racing lasted only until lap four when lighting again was spotted at the track. After more than a 30 minute stoppage drovers re-fired their cars only to immediately turn them off after lightning was again spotted. In total the red flag was displayed for two hours and eight minutes.

Ryan Newman would bring out a caution on lap 21 after he spun due to a flat left tire. Lightening returned on lap 32. A 38 minute delay followed and multiple cars including Joey Logano, Matt DiBenedetto and Kevin Harvick would make contact with one another on out road during pit stops. Meanwhile Ryan Blaney would get around Chase Elliott when the race returned to green.

Denny Hamlin would end stage one in the lead as drivers headed to pit road for service. Blaney would establish himself at the front of the field before green flag pit stops midway though the stage took place. Hamlin would put a lap earlier than Blaney assuming they lead in the process. Hamlin would go duplicate his win in the first stage with one in the second.

Hamlin and Blaney would battle one another for the lead early in stage three. Elliott would pit one lap ahead of Hamlin who came down pit road with 50 laps to go and end up with a lead of 1.6 seconds over the No. 11 car. Hamlin would get around Elliott while Tyler Reddick chased Blaney for third.

In the end it was Hamlin claiming his 40th career win in the Cup Series.