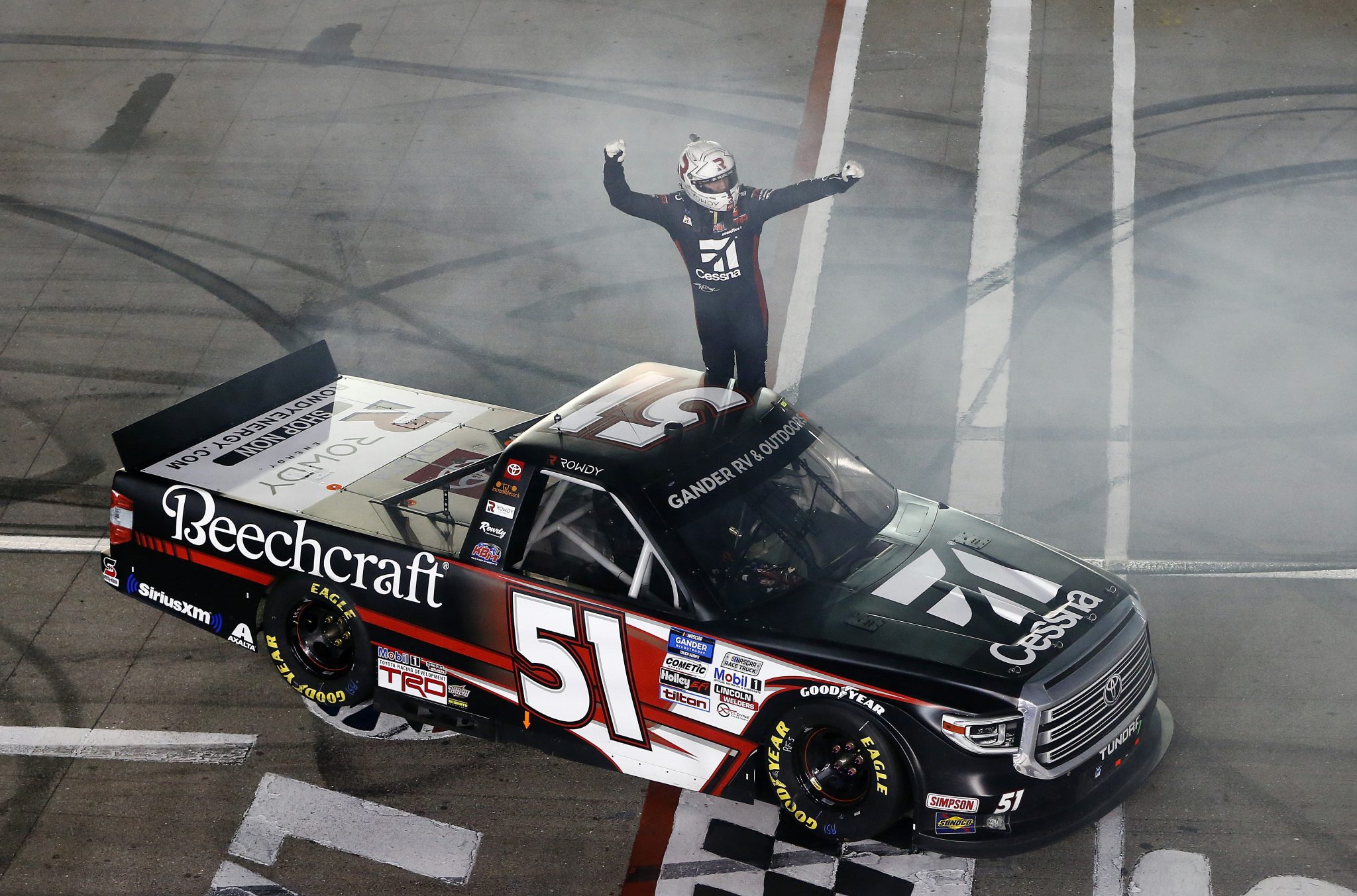 Kyle Busch put another hurting on the field in the NASCAR Gander RV & Outdoors Truck Series claiming the win in the Baptist Health 200.

The field was set by a random draw for the start of the race at Homestead-Miami Speedway which placed Austin Hill on the pole.

Busch was forced to start at the rear and serve a odd thru penalty to start the race after failing pre-race inspection multiple times. A competition caution midway though the stage allowed Busch to catch up to the field after he stayed on the lead lap though did suffer some damage to the right side of his truck.

Several drivers were involved in a crash on lap 20 after Zane Smith got lose and made contact with Chase Elliott. Brett Moffitt was among those involved.

Ross Chastain would win the first stage. Busch would cut through the field on the ensuing restart and claim the second stage. Matt Crafton would lose two laps at the end of the second stage after suffering a flat right front tire. Crafton would take the waive around and get a free pass early in stage three to get back on the lead lap.

On lap 78 Elliott would make contact with the outside wall falling back to 14th in the process. While everyone began pitting inside 40 laps to go, Christian Eckes stayed out to claim the lead. A caution shortly thereafter would prove beneficial to Eckes but it would allow Busch to catch up though Elliott would be shown as the race leader after he did not pit. The No. 24 team opted to save a set of tires in case or a late race caution while everyone else came to pit toad for new tires. Sheldon Creed would make contact with the barrels at the entry of pit road forcing the race to red.

Elliott’s lead would not even last through the first set of turns with Eckes taking the lead only for him to quickly turn it over to Busch. Elliott’s prayers were answered with 12 to go when Jordan Anderson crashed his truck.

Many drivers came to the pits with Elliott getting fresh rubber. Busch would begin to pull away from the field once the race returned green while Elliott struggled on the restart.