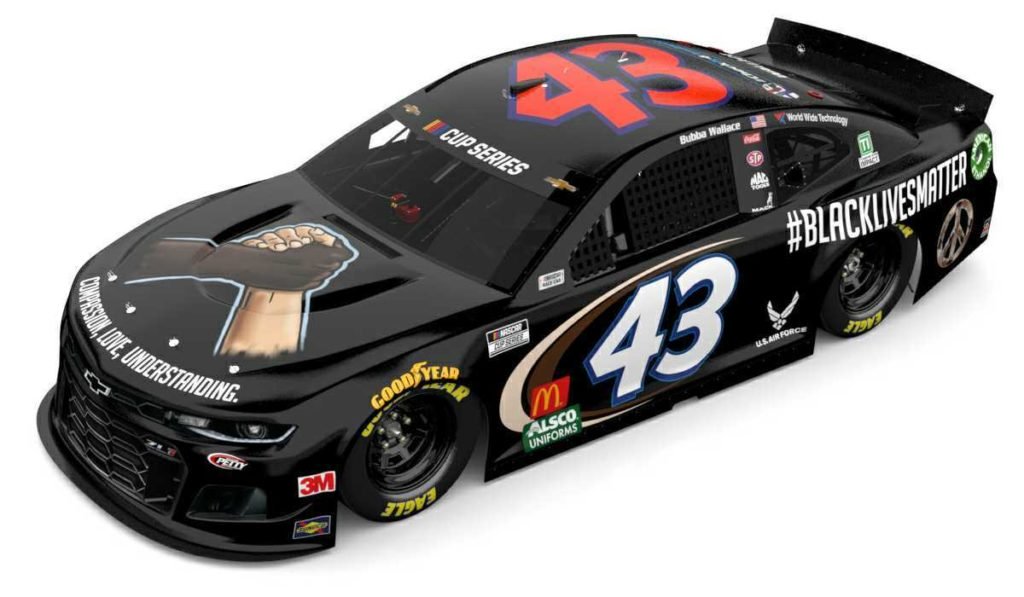 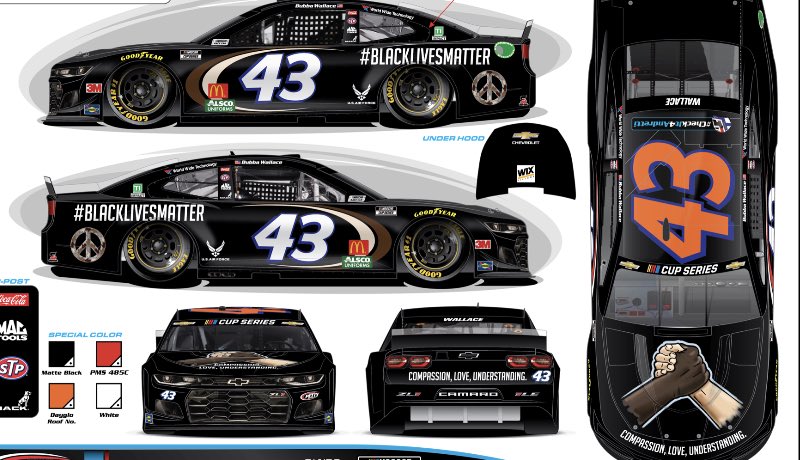 The Richard Petty Motorsports No. 43 car will have black base with white numbers with the words compassion, love, understanding featured on the hood and rear tv panel. Two interlocking hands will be on the hood as well. The hashtag #BlackLivesMatter will be featured on the side panels.

NASCAR is running at it’s shortest track on the circuit on Wednesday night but it is a track in Wallace has gone to victory lane at twice in the NASCAR Gander RV & Outdoors Truck Series. Wallace scored a win in the 2013 truck race and the the 2014 event at the track while driving for Kyle Busch Motorsports.