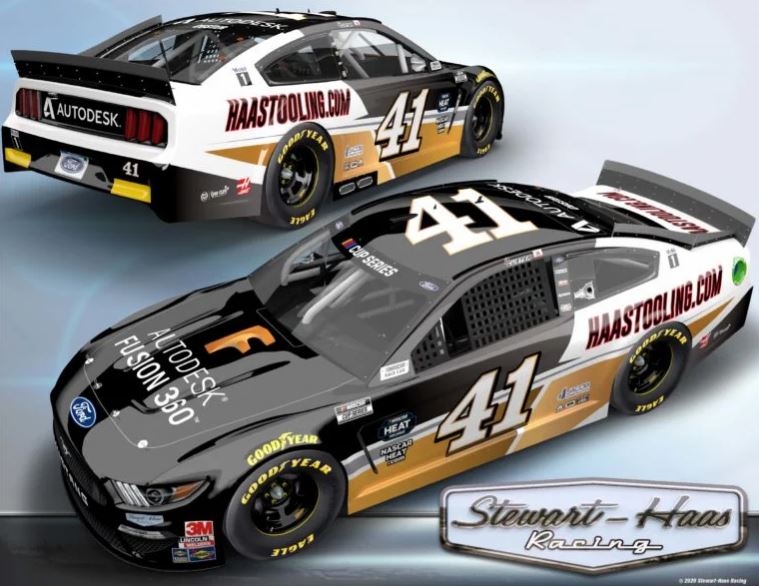 Cole Custer’s No. 41 Stewart-Haas Racing machine will look a little different on Wednesday night for the Alsco Uniforms 500.

Autodesk will appear on Custer’s Ford Mustang for the second race in a week at Charlotte Motor Speedway. Haas Tooling, which was launched a week ago, will again appear on the sides of the car.

This will be Custer’s 11th start in the Cup Series with the rookie coming off a 12th place finish on Sunday in the Coca-Cola 600.

“Wednesday will definitely be a faster-paced race compared to the 600, where you’re just trying to make it to the end and fight all night. Wednesday’s race will probably have some crazier restarts and people being more aggressive. I think people might have a different attitude going from a really long race to a short race. It’s going to be different, but we just have to make sure we get a solid finish.”

Taking what he learned from Sunday will be key for Custer’s efforts on Wednesday night.

“Going into Wednesday, there are definitely some things that I can do better. We have some ideas with the car that we can do to get it a little bit better. Hopefully, we can run consistently in the top-15 and get a top-10 out of it. We just need to keep getting solid finishes. Overall, when you run 600 miles, you’re going to have some ideas on what you can do better the next time, so it should help us a lot going into Wednesday.”