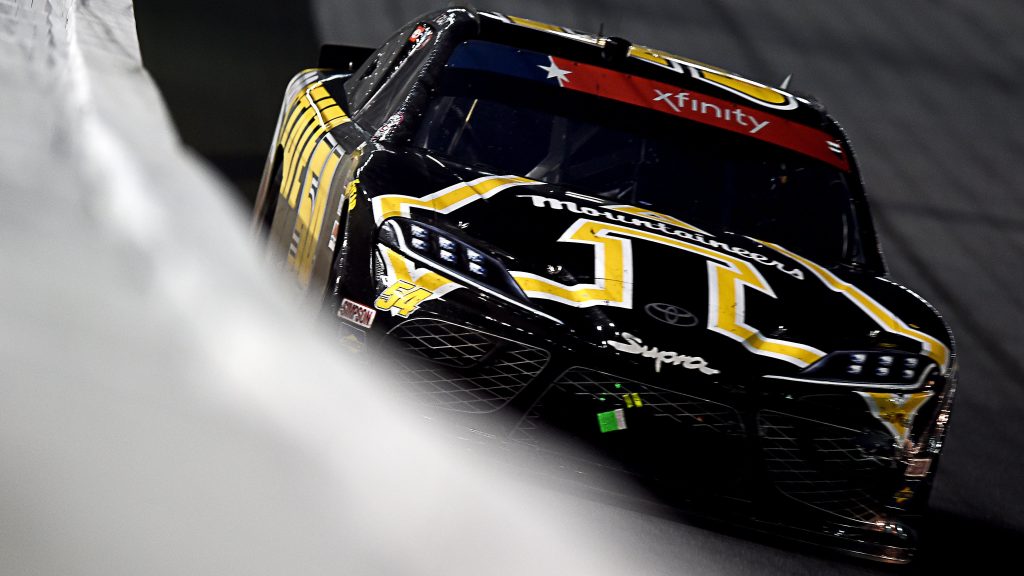 The NASCAR Xfinity Series was in action on Memorial Day at Charlotte Motor Speedway. After the end of 300 miles it was Kyle Busch claiming the win in the Alsco 300 on Monday night.

Ross Chastain began the night on the pole as a result of a random drawling held to determine the starting lineup. Kody Vanderwal would bring out an early caution and while Kyle Busch made his way though the field to start, Chastain would end up leading the race to the competition caution and later the third caution which came out for another incident involving Vaderwal. On the ensuring restart Busch would pressure Chastain and take the lead with seven laps left in the stage en-route to winning the first stage of the race.

One driver who had a difficult time in the first stage was Justin Allgaier who dealt with electrical issues driving without the gauges on his dash. During the pitstops between the stages Jeffrey Earnhardt took his jack out onto the track while Ryan Sieg had to take his No. 39 Chervolet to the garage.

Chase Briscoe would get two penalties in the third stage. The first was for a tire outside his pit box, the second was for speeding while entering pit road. He was not alone in speeding onto pit road as Busch would suffer the same fate. A blown motor on the No. 66 of Timmy Hill would drop oil onto the track with both Chastain and Briscoe running into it and damaging their cars.

With 30 laps to go Briscoe would make contact with the wall again. The caution would bring Busch and others to pit road but Austin Cindric, Noah Gragson, Justin Haley and others would opt to remain out. With 26 to go Busch would restart sixth.

Myatt Snider found the wall with 17 laps to go after contact from Justin Allgaier. Busch would find his way around Cindric and Gragson but a caution for an incident involving Riley Herbst and Haley would bring out another caution with eight to go. Gragson got lose on the restart which would see the exit of Haley from the race and substantial damage to Brandon Jones and Tommy Joe Martins.  Cindric would slip by Busch on the restart but Busch was not going to go down easily as the two bumped down the back stretch but in the end it was Busch earning the checkered flag.

The win is the first of the season for Busch in the Xfinity Series and the 97th in his career.