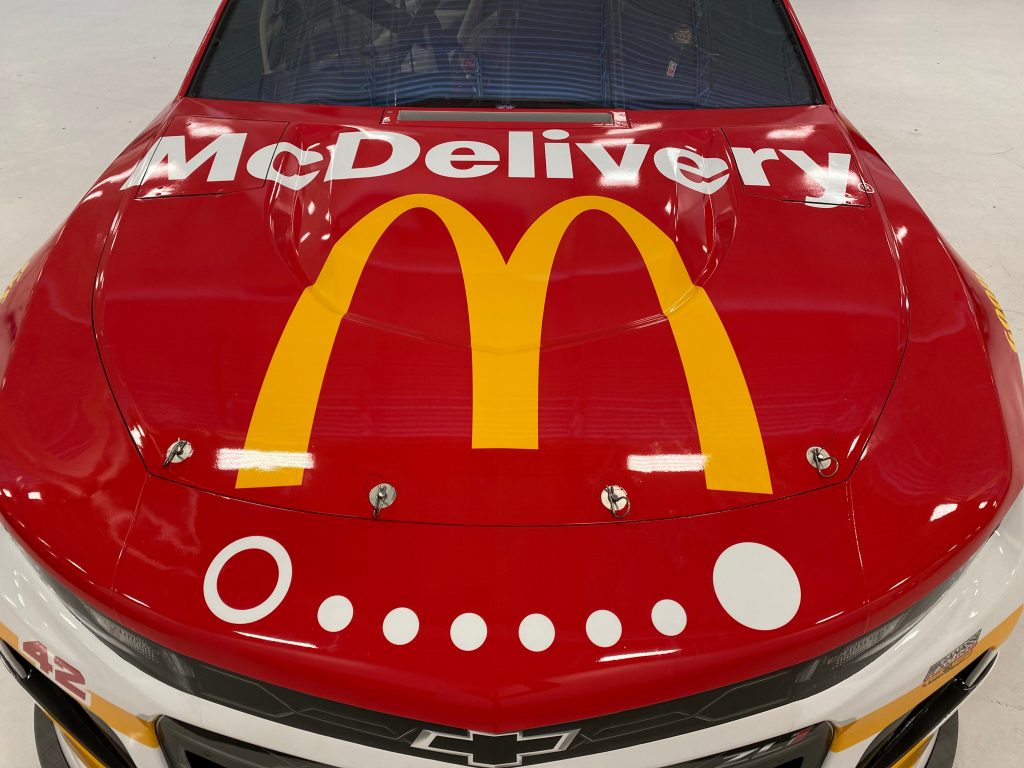 Matt Kenseth will continue his time behind the wheel of the No. 42 Chevrolet Camaro this weekend at Charlotte Motor Speedway.

This weekend Kenseth will switch up his paint scheme climbing into the McDonald’s sponsored car for the first time which will feature their McDelivery service. 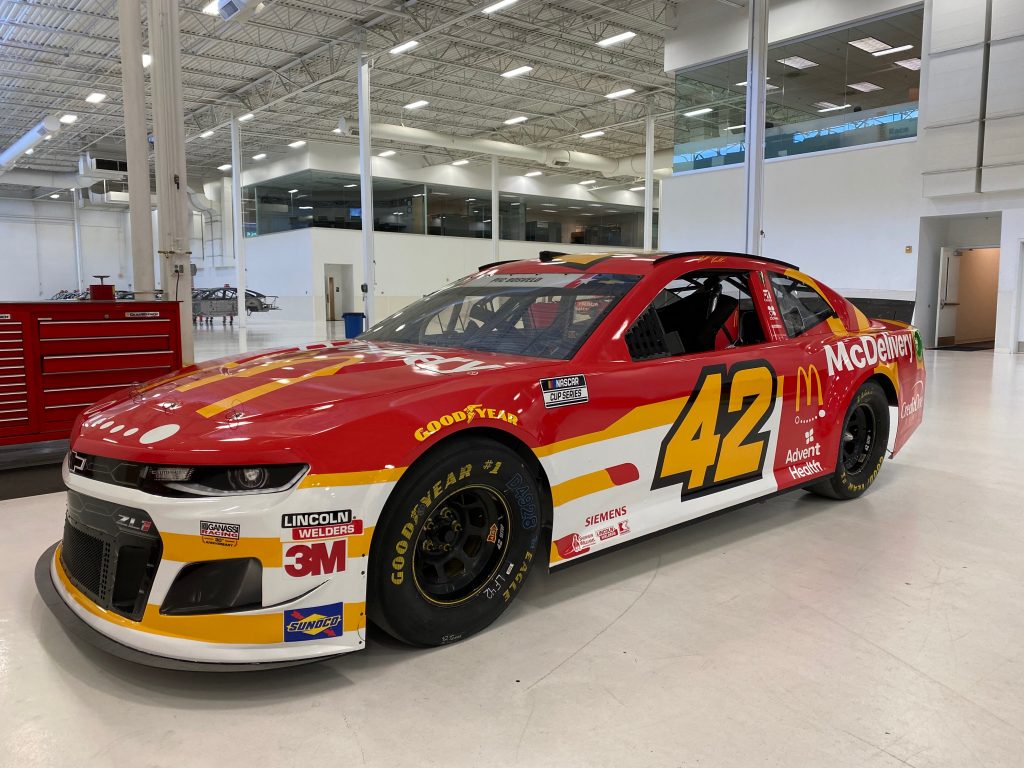 Long time fans of the 2003 Cup Series champion will recall the first time Kenseth strapped into a Cup Series ride in 1998 filling in for Bill Elliott. Kenseth drove a McDonald’s Get Back with Big Mac scheme that day and finished sixth at Dover. 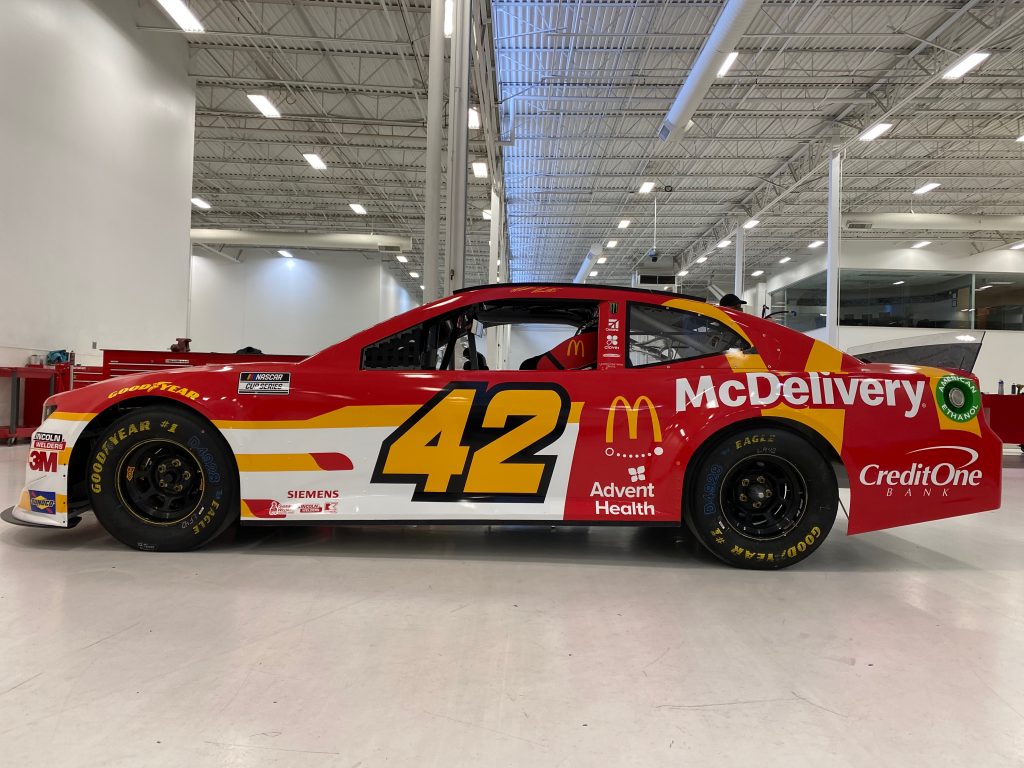 Twenty years ago, Kenseth became the first rookie – and thus far only – to win the 600 mile race which is the longest on NASCAR’s schedule.

In two races this season at Darlington Raceway the 48-year-old has finished 10th and 30th with the latter being a result of a cut tire late in the event.