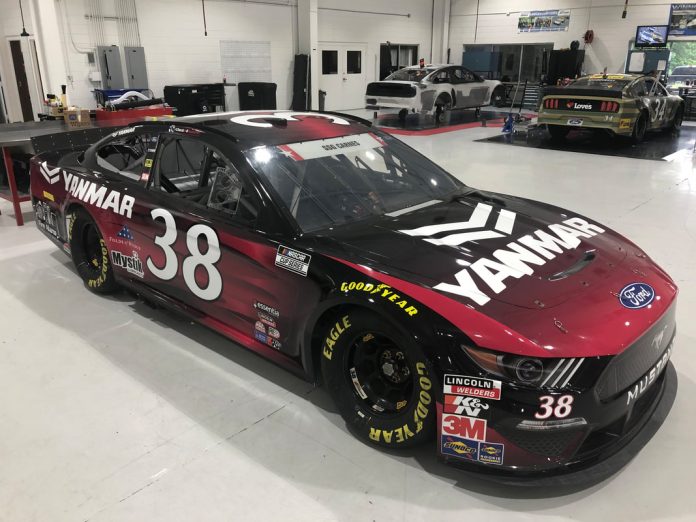 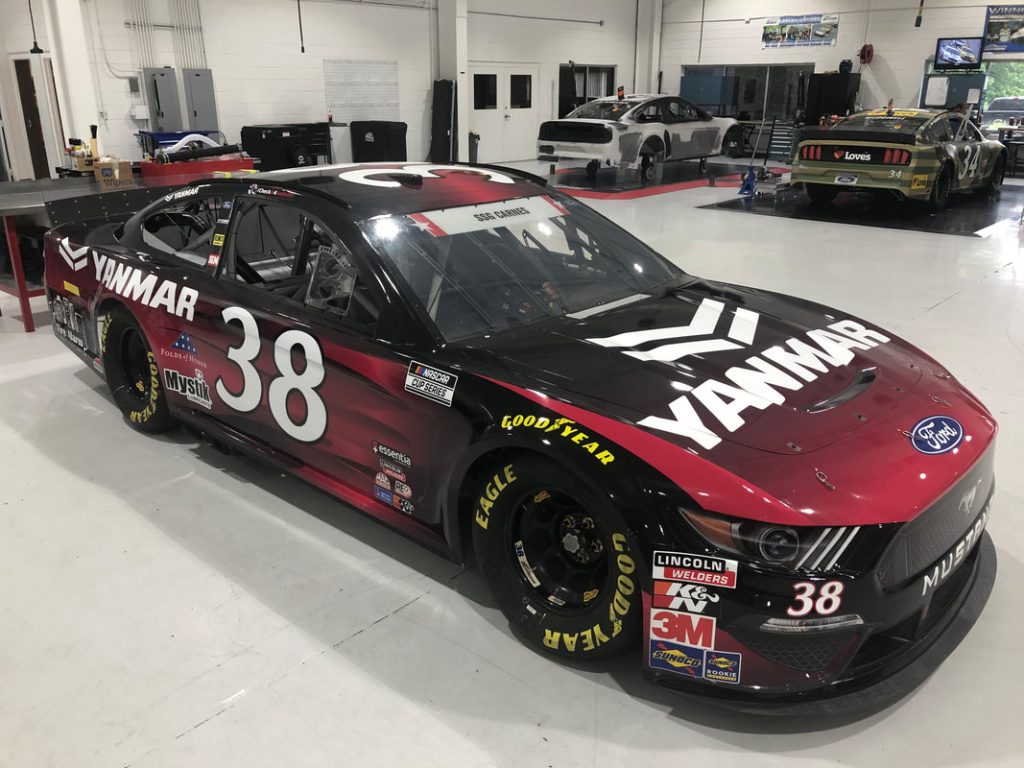 MOORESVILLE, N.C. (May 21, 2020) – John Hunter Nemechek, along with primary sponsor YANMAR America, will pay tribute to a fallen member of the United States Army at Charlotte Motor Speedway. This Memorial Day weekend, Nemechek’s No. 38 Front Row Motorsports Ford Mustang will carry a decal across the windshield with the name of Staff Sergeant Nicholas Carnes, who was killed in the line of duty in 2007. SSG Carnes has a special connection to YANMAR’s own Matt Hilliard, as the two served together before Hilliard joined the YANMAR team.

SSG Carnes joined the Kentucky Army National Guard in March of 1999, at the age of 17. A resident of Dayton, Ky., he graduated from Dayton High School in 2000. Carnes was a member of Battery A, 2nd Battalion, 138th Field Artillery in Carrollton and deployed with his unit to Afghanistan in March of 2007, where he perished on August 26, 2007 by small arms fire during a firefight in the village of Lewanne Bazaar, Paktika Province.

The No. 38 YANMAR Ford Mustang will sport its customary red and black paint scheme to accompany SSG Carnes’ name on the windshield, along with the Folds of Honor logo, a non-profit organization benefiting the families of fallen or disabled service members.

“We would never be able to go to the track and do what we love every week if not for everyone in our military,” said Nemechek. “I’m honored to carry Staff Sergeant Carnes’s name on my car this weekend. He and Matt Hilliard from YANMAR had a special connection and it means a lot that we are able to acknowledge his sacrifice in this small way.”

“Before I began working at YANMAR, I served in the Army alongside Staff Sergeant Nicholas Carnes,” said Matt Hilliard, YANMAR Industrial Account Manager. “When I learned YANMAR and our partner FRM were looking to honor a fallen hero, I felt compelled to present Nicholas’ name. Having his name on the No. 38 YANMAR car is a great way to show our respect and pay tribute to someone who gave the ultimate sacrifice in service of our country. I appreciate YANMAR, FRM, our driver John Hunter Nemechek and the Carnes family for allowing me the privilege to honor my friend Staff Sergeant Carnes on Memorial Day weekend, a time created for us all to remember those we’ve lost in service for our country.”

About YANMAR America
YANMAR America Corporation, located in Adairsville, GA, is the regional headquarters of YANMAR Co., Ltd. a global company based in Osaka, Japan. YANMAR Co., Ltd. was established in 1912, and in 1933 became the world’s first manufacturer to develop a practical small diesel engine. Today, YANMAR is a recognized leader in the design and manufacturing of advanced performance diesel engines and diesel-powered equipment, as well as gas engine-based energy systems. By focusing on the development of highly efficient diesel engines, YANMAR remains committed to their mission statement of providing sustainable solutions for modern power needs.
YANMAR America Corporation is located at 101 International Parkway, Adairsville, GA 30103. For more information Visit yanmar.com/us and follow them on social media: Twitter at @YanmarAmerica, Instagram at @YanmarAmerica and Facebook at Facebook.com/YanmarAmerica.