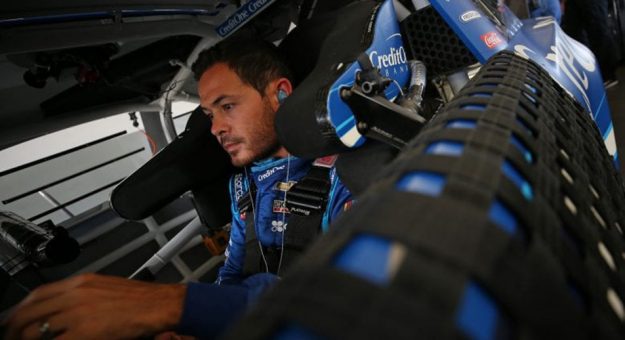 Larson could be heard saying “can you hear me? Hey, n**.”

Already the 27-year-old has been suspended without pay from Chip Ganassi Racing where he drives the No. 42 car in the NASCAR Cup Series.

“I just want to say I’m sorry. Last night, I made a mistake and said the word that should never, ever be said,” he said in the video statement. “There’s no excuse for that. I wasn’t raised that way. It’s just an awful thing to say and I feel very sorry for my family, my friends, my partners, the NASCAR community and, especially, the African American community.

“I understand the damage is probably unrepairable and I own up to that. I just want to let you all know how sorry I am. I hope everybody is staying safe during these crazy times.”

Credit One Bank, one of Larson’s sponsors already has issued a statement.

Statement from Credit One Bank regarding the actions of Kyle Larson. pic.twitter.com/qVcuoXsTCZ