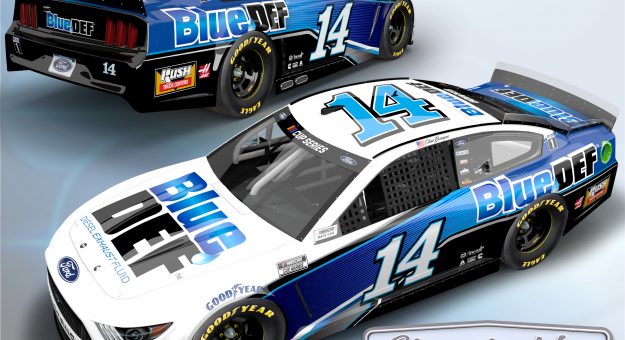 This weekend at Las Vegas, Clint Bowyer will pilot the No. 14 BlueDEF Ford. BlueDEF Diesel Exhaust Fluid (DEF) is one of the key elements in the process used by diesel engine builders to meet environmental regulations. DEF is not a fuel or fuel additive. Instead, when injected into the exhaust stream and passed over a catalyst, DEF helps convert harmful gasses into nitrogen gas and water vapor – two harmless and natural components of the air we breathe.

The Las Vegas race will mark the first of three primary races this season for Bowyer with Old World Industries, the parent company of the PEAK and BlueDEF® brands. PEAK Coolant & Antifreeze will serve as the No. 14 team’s sponsor in April at Richmond (Va.) Raceway, and at Darlington in September.