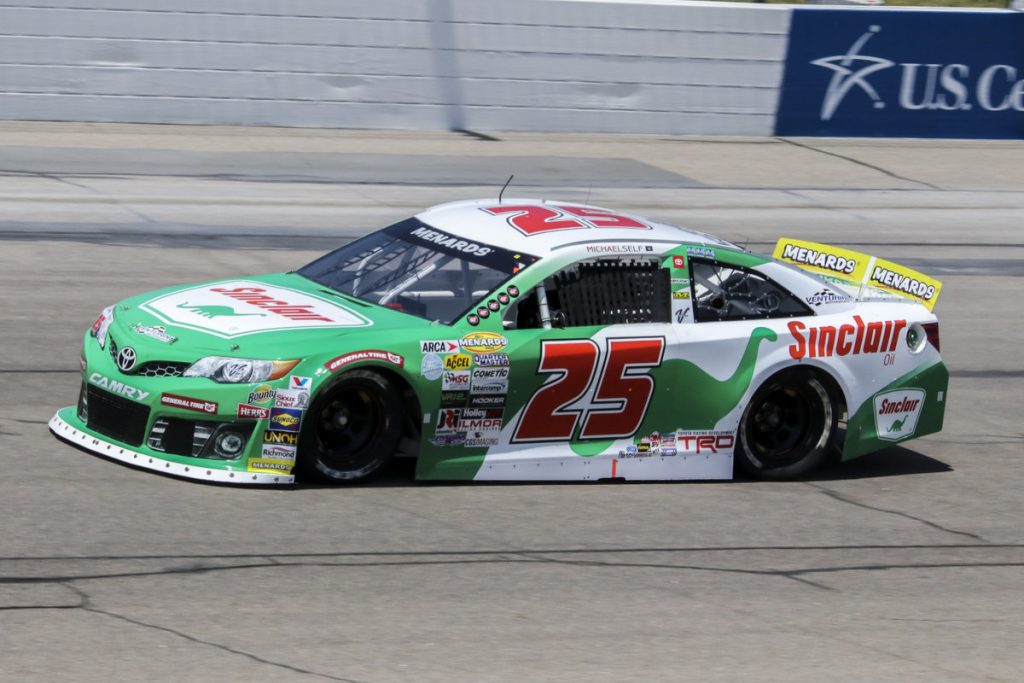 Self began the race on the pole in the No. 15 Toyota and led the first 22 laps of the 80 lap event until losing the lead during a series of pit stops under caution.

On lap 39 the red flag came out following a crash which took out 10 cars including Natalie Decker who had been running near the front of the field.

The race turned into a seven car pack at the front of the field once the red flag was lifted before Tanner Gray had to leave the track for excessive smoke with ten laps to go. A caution came out moments later due to the door of David Gravel coming off and later being ran over on the backstretch.

Self would hold off Hailie Deegan for his second ARCA win at Daytona. This is Self’s eighth ARCA win.