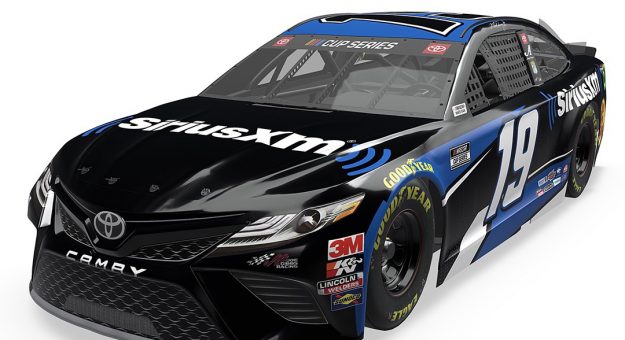 Joe Gibbs Racing announced today that SiriusXM will be featured as the primary sponsor of Martin Truex Jr.’s No. 19 Toyota Camry for five races during the 2020 NASCAR Cup Series season. Truex’s Camry will carry the SiriusXM colors for the Busch Clash at Daytona International Speedway (February 9), the first night race at Martinsville Speedway (May 9), both races of the doubleheader weekend at Pocono Raceway (June 27-28) and the series’ annual visit to New Hampshire Motor Speedway (July 19).

“It’s awesome to have SiriusXM on our Camry again this season,” said Truex. “They do a lot for our sport with nonstop coverage on SiriusXM NASCAR Radio. Plus, being a customer, it’s awesome to have that connection to the product because they’re in all my Toyota street cars. I’m a big fan of their programming, especially The Highway. I’m excited to continue the relationship and hope that we can put them in victory lane like we were able to do last year.”

SiriusXM is no stranger to Joe Gibbs Racing and Toyota Racing as a whole. The SiriusXM colors have been featured on JGR Camrys in each of the past three seasons, including a trio of races with Truex in 2019. Truex wheeled the No. 19 SiriusXM Camry to a dominant victory at Dover International Speedway last spring.

“Having SiriusXM aboard as Martin took the checkered flag at Dover last year was an incredibly thrilling moment in our long relationship with Toyota and Joe Gibbs Racing,” said Christopher Lam, SiriusXM’s Senior Vice President & GM of Automotive Partnerships.  “We’re honored to be a part of the team again this year and we’re very excited to showcase our paint scheme and sponsorship for fans at these tracks and those listening around the country on the SiriusXM NASCAR Radio channel.”

Last year, SiriusXM announced a landmark agreement with Toyota that will expand the installation of SiriusXM to be standard in all Toyota models and trims sold in the Continental U.S.  The expansion began rolling out last fall and will eventually result in SiriusXM becoming a standard feature as Toyota’s next generation head units continue to be rolled out to Toyota cars, trucks and SUVs this year.

Toyota customers also receive a three-month subscription to SiriusXM All Access, SiriusXM’s most extensive subscription offering, with the purchase of their vehicle.