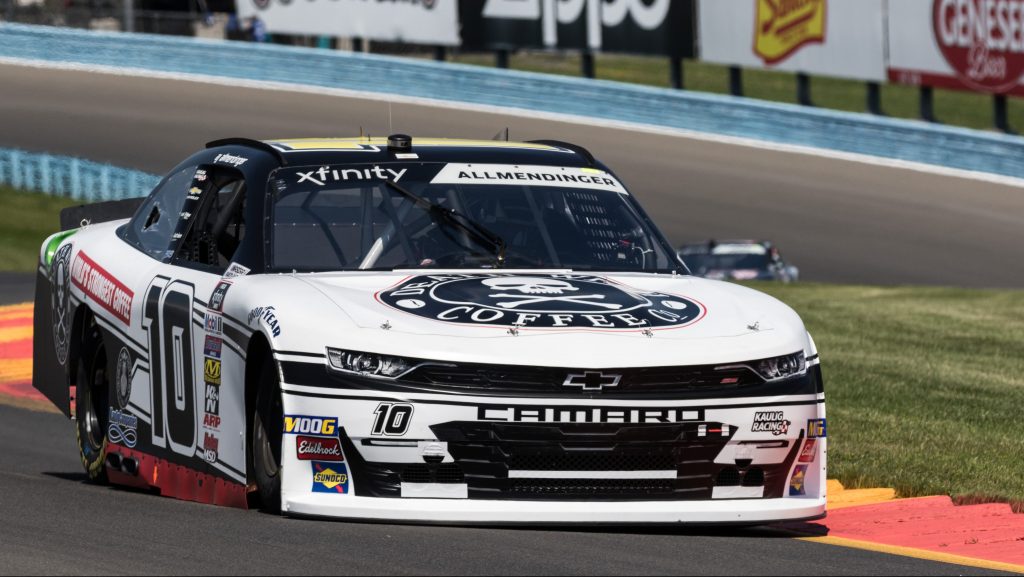 Kaulig Racing has announced the return of veteran driver, AJ Allmendinger,  for a total of eight races in the 2020 NASCAR Xfinity Series (NXS) season. Kaulig Racing announced earlier this year that Allmendinger would be piloting the team’s third entry at Daytona International Speedway, alongside teammates Ross Chastain and Justin Haley.

Additionally, Allmendinger will be entered in seven more races in 2020 for Kaulig Racing. Those races include both events at Daytona International Speedway, Talladega Superspeedway, Mid-Ohio Sports Car Course, Indianapolis Motor Speedway, Road America, Watkins Glen, and the ROVAL at Charlotte Motor Speedway, where he is the defending race winner.

“AJ (Allmendinger) has played an instrumental role in competition for Kaulig Racing,” states Chris Rice, President of Kaulig Racing. “He has helped guide our road course program and has been a great resource for our other drivers, crew chiefs and engineers to lean on. I look forward to what he can do in more races for us this season.”

Allmendinger, who competed in a total of five races for Kaulig Racing in 2019, recorded two top-five finishes, including one win – the team’s second ever.

“I’m looking forward to returning to the Kaulig Racing organization,” said Allmendinger. “I had so much fun working with everyone on the team last season and being teammates with Justin(Haley) and Ross (Chastain). Hopefully I can help the team in any way possible so that we can build on the success we had last year and go for more wins. More than anything, Kaulig Racing is just a great team to compete for, especially with Matt Kaulig as the owner and Chris Rice as the President of the team.”

Allmendinger’s first race of the 2020 NXS season will take place on Saturday, February 15 at 2:30PM EST on FS1.