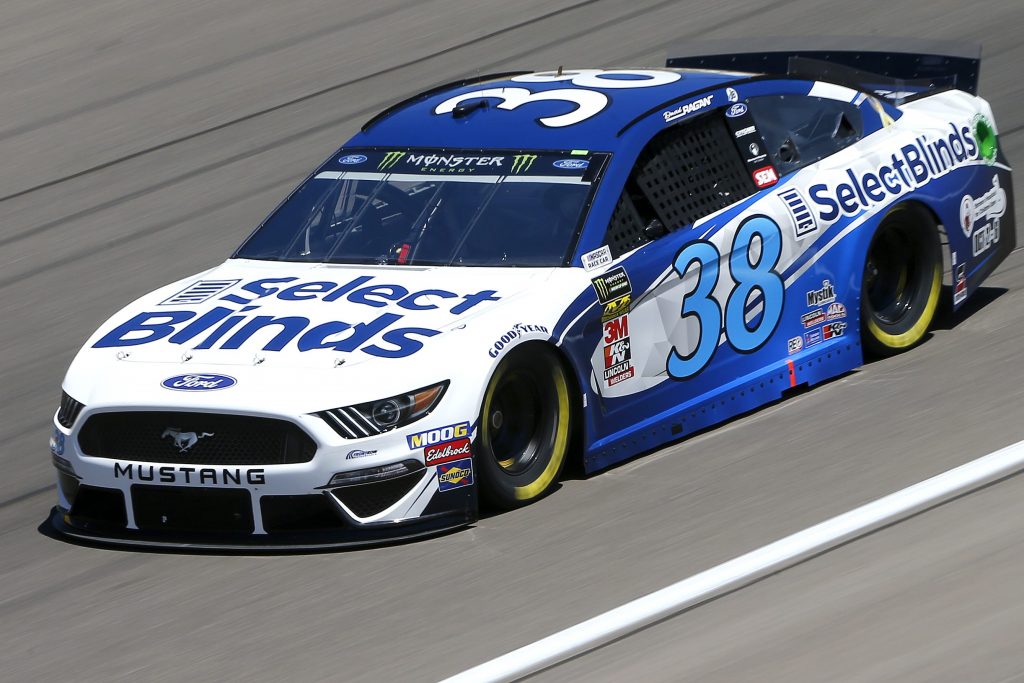 David Ragan may have stepped away from full-time racing but the two-time NASCAR Cup Series winner will be driving in the 2020 Daytona 500 according to Select Blinds owner Rick Steele.

In a Facebook post made Thursday morning, Steele announced that Ragan would be back in a Select Blinds sponsored car noting “This year, we’re back to make things right :)” while asking fans to help root the 34-year-old driver onto victory. 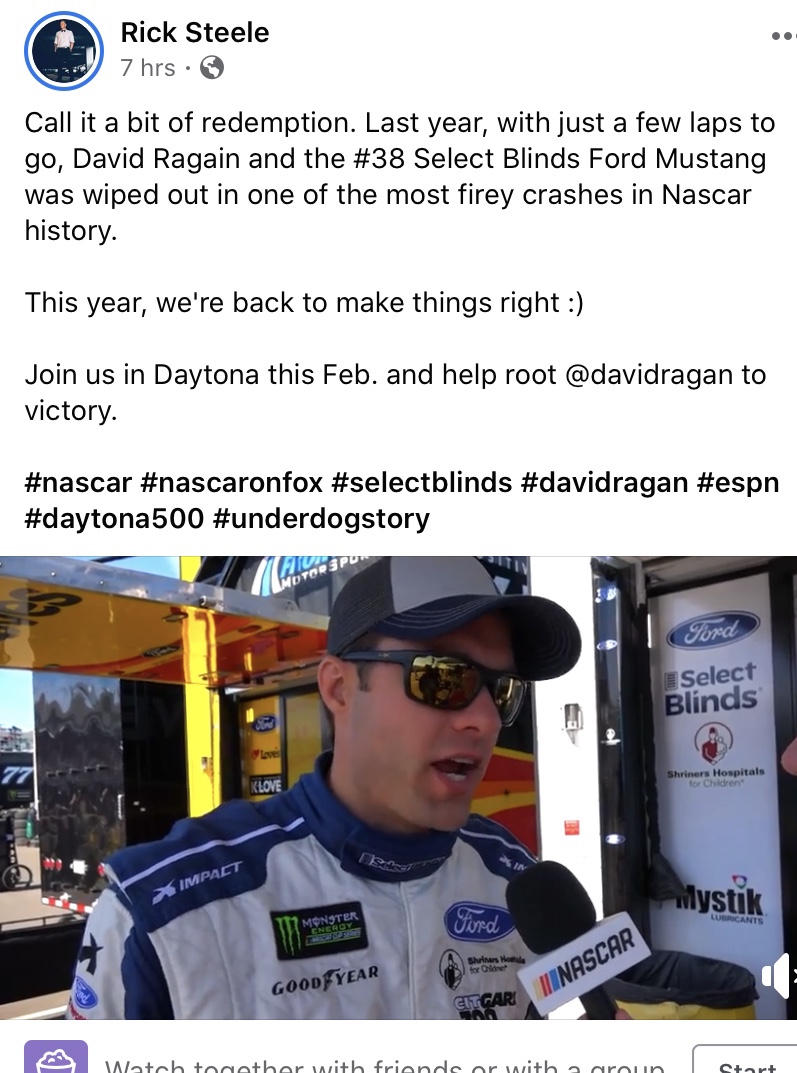 Ragan most recently competed as a driver for Front Row Motorsports who is cutting back to two-full time teams this season while fielding cars for Michael McDowell and John Hunter Nemechek.

The two Cup Series wins in Ragan’s career came in the 2011 July Daytona race while a member of Roush-Fenway Racing and the 2013 spring race at Talladega while driving for FRM.

On Monday Ragan updated his Facebook cover phoro to be that of the No. 38 Select Blinds Ford Mustang that he drove last season. No word has come from FRM yet about fielding a third car.