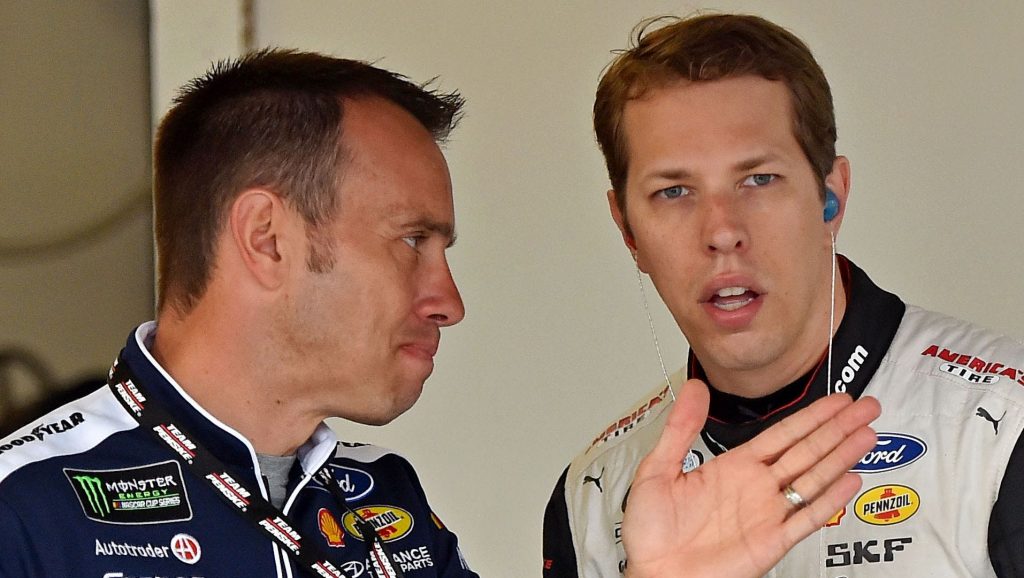 Penske Racing announced on Monday that they were making changes to their driver/crew chief lineup for the upcoming 2020 NASCAR Cup Series season.

Paul Wolfe who had been the crew chief for the No. 2 Ford driven by Brad Keselowski will shift over to serve in the same role for Joey Logano in the No. 22 car.

Logano’s former crew chief Todd Gordon now moves on to call the shots for Ryan Blaney and the No. 12 entry while Jeremy Bullins shifts over to Keselowski’s car.

All three of Penske’s teams finished inside the top 10 in points winning a total of six races in 2019. Each team wen to victory lane in 2019.

“As we do after the completion of each season, we evaluated what we can do to better achieve our goals and we felt it was time to make these changes to better position us to reach our potential,” said Roger Penske. “We are fortunate that we have three very strong leaders in Paul, Todd and Jeremy, who work with experienced and talented crews. Pairing each of these winning teams with different drivers and cars should provide new energy and a fresh approach for the 2020 season.”

The pairing of Wolfe and Keselowski had been the longest in the Cup Series as they had been together since the 2010 Xfinity season winning the title that year and later the 2012 Cup Series title and 29 races.

Gordon and Logano had been together since 2013 winning 21 races and the 2018 Cup championship.

The pairing of Bullins and Blaney had been together since 2014 and moved over from the Wood Brothers to Penske in 2018.