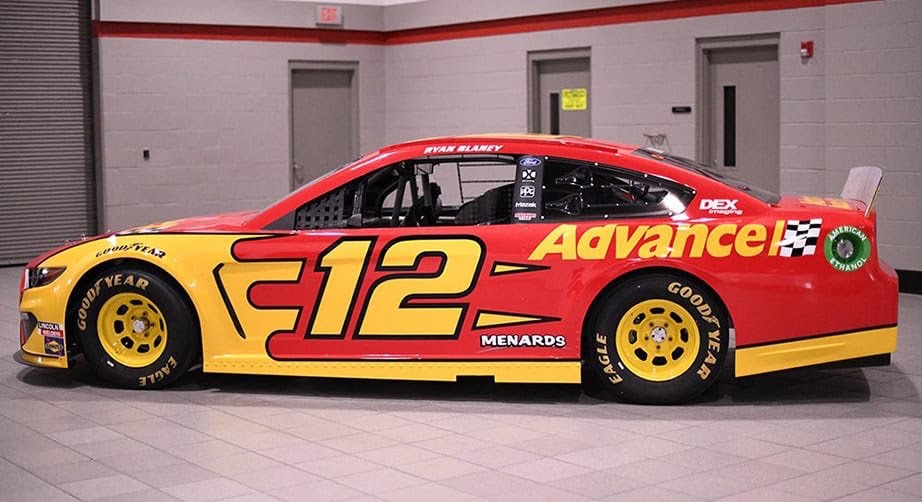 Not long after it was announced that Advance Auto Parts would appear on the No. 12 Ford Mustang of Ryan Blaney a comical exchange with Chase Elliott took place.

Blaney shared a photo of his car with a message saying he was looking forward to chasing for the checkered flag.

Elliott would see this message and take a jab at Advance Auto Parts were overpriced and inferior to those of his sponsor, NAPA. 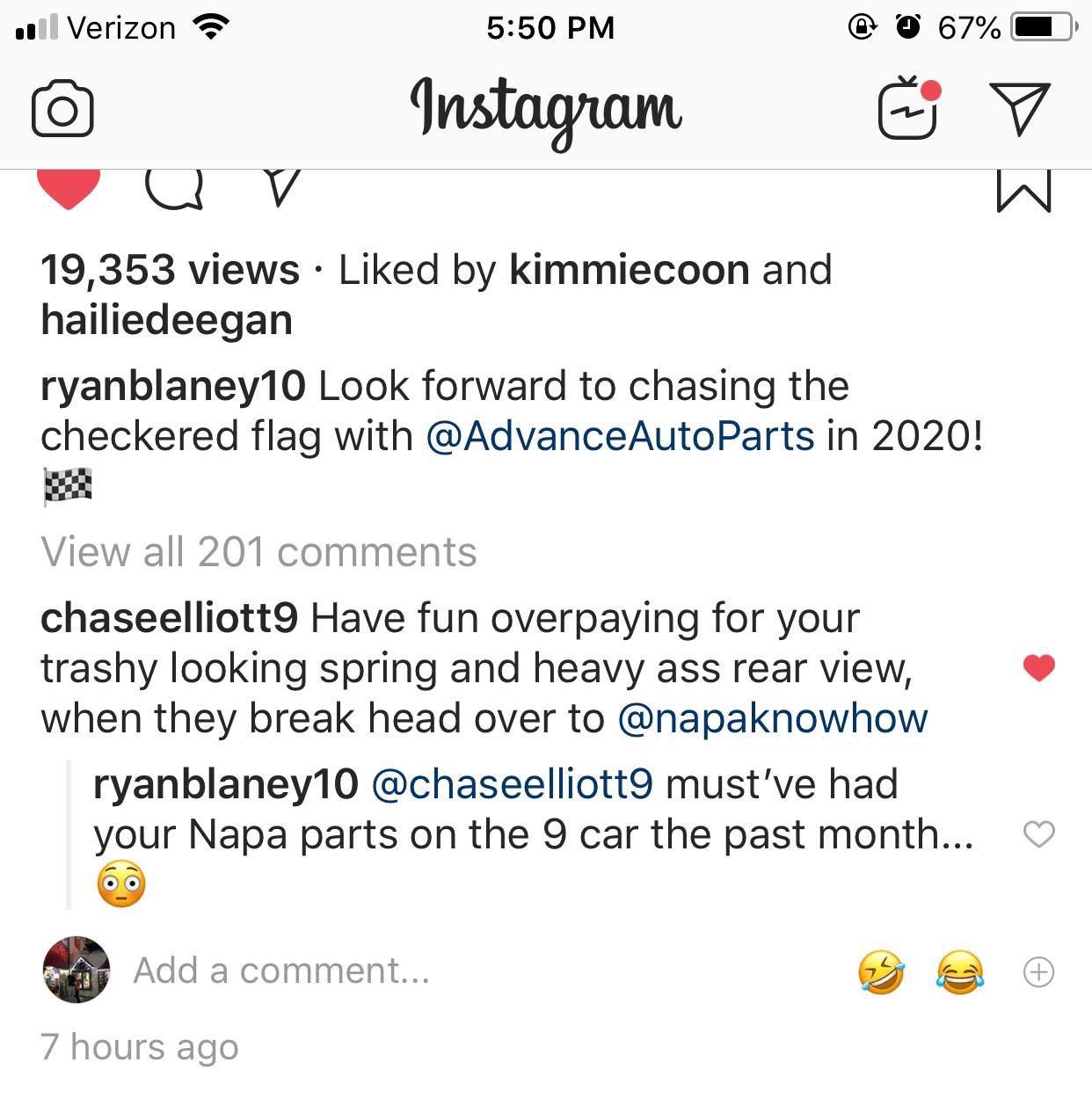 Not missing a beat, Blaney responded that Elliott must have been using NAPA parts in the closing month of the NASCAR Cup Series season.

Yep. The off-season has begun.