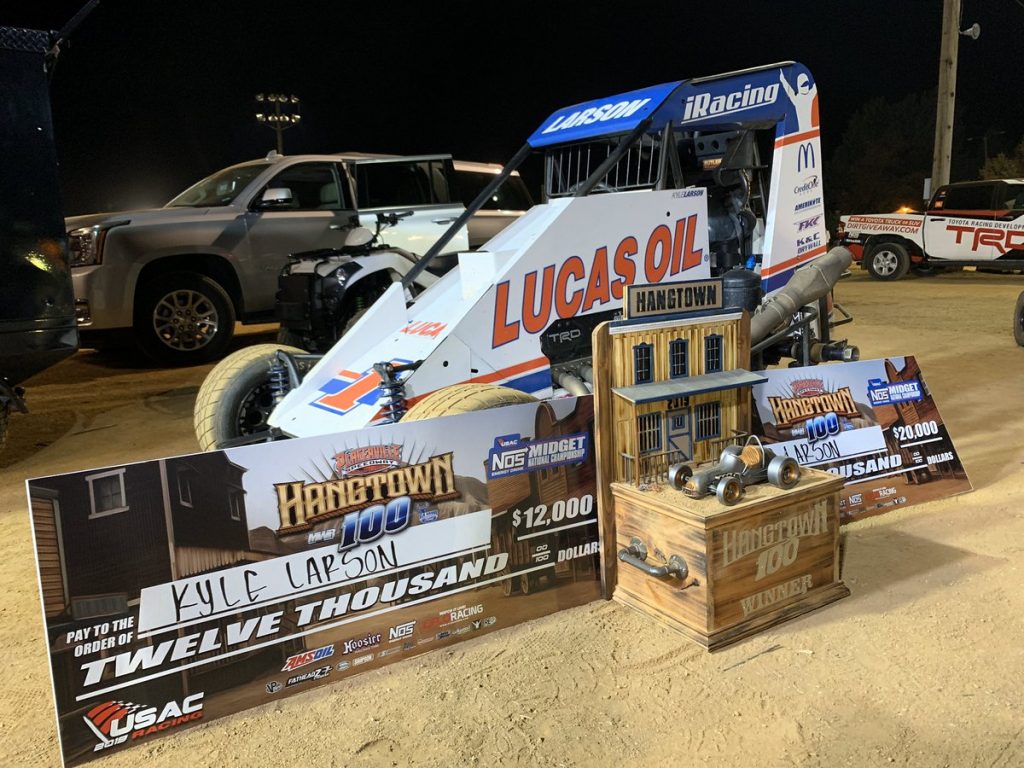 The NASCAR Cup Series season may be over but that has not stopped Kyle Larson from racing.

On Wednesday night Larson won $32,000 after winning a 100-lap event at Placerville Speedway in California. The winnings come in the form of $20,000 for the race win and another $12,000 for winning the Hangtown 100 points title.

Damn satisfying to win in my own midget and take home a lot of $$$ in the process! @Paul_Silva57 is the man. Had such a fast car these last 2 nights. Also heck of a job on the trophy @ripjetson9. That is the coolest trophy I have in my collection. pic.twitter.com/jirXNDPOhO