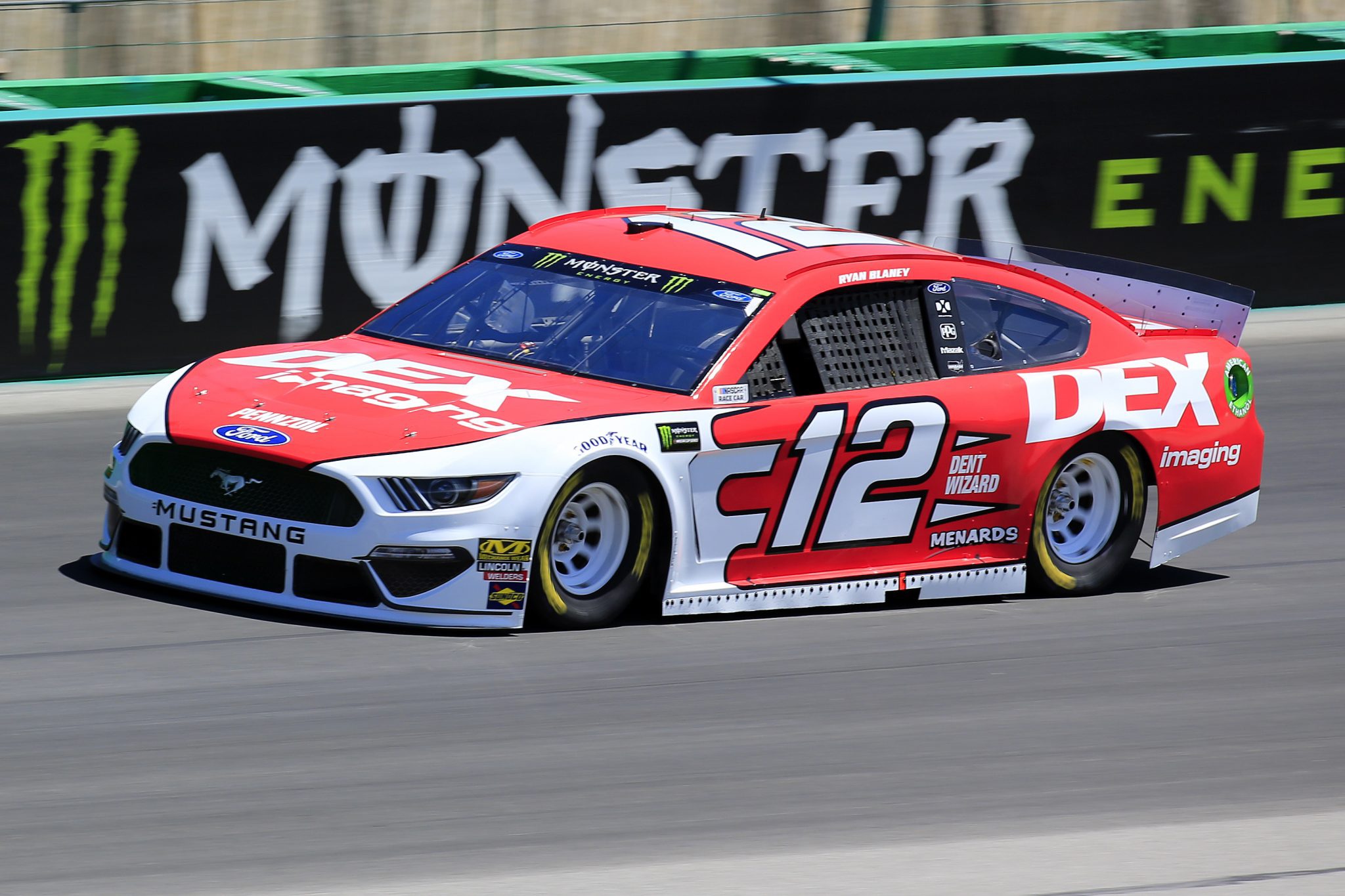 Ryan Blaney’s chances of a championship will have to wait. The driver of the No. 12 Ford Mustang came up a few positions short as Denny Hamlin went to victory lane earning a shot at the championship along with Kevin Harvick, Martin Truex Jr. and Kyle Busch.

After the race Blaney walked past reporters initially leaving some media members to report without knowing any facts. Matt Weaver was one saying Blaney was “running” which left the driver none too impressed when he found out. 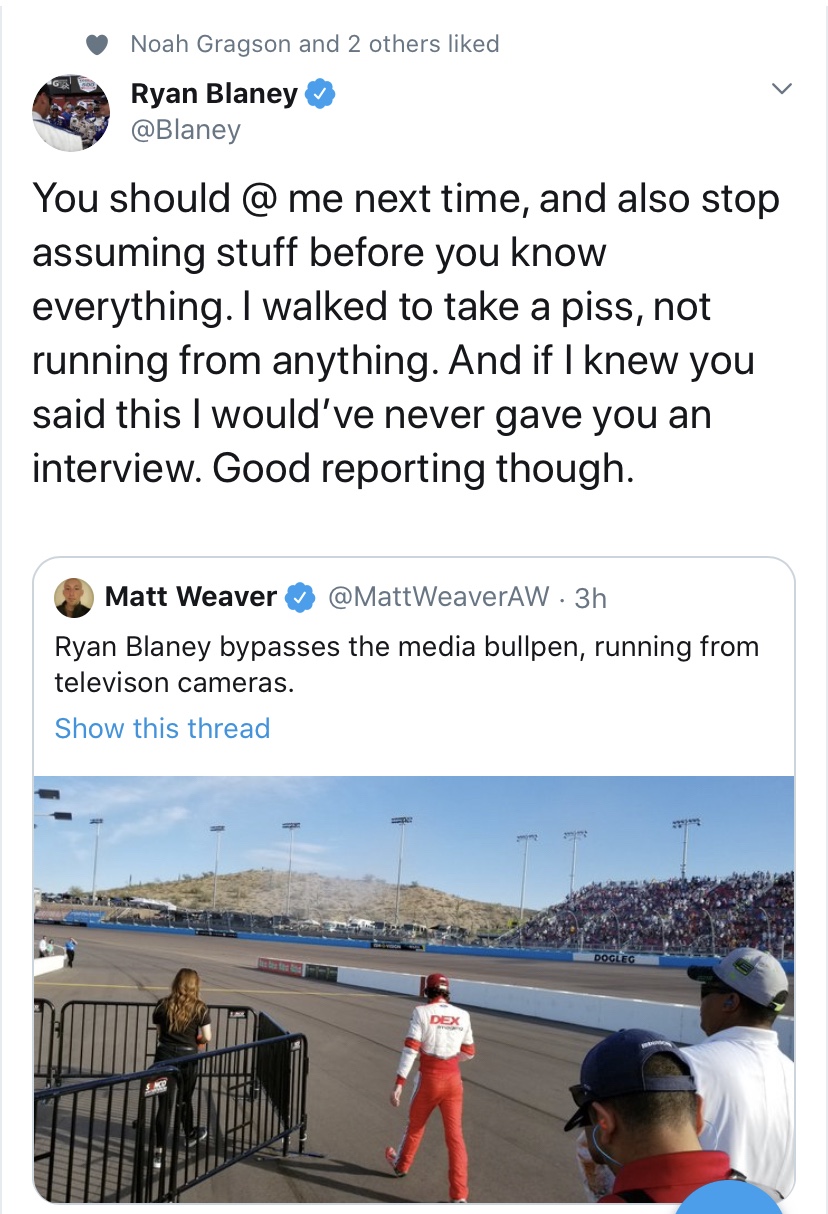 Weaver later owned up to his mistake. Blaney and teammate Joey Logano were eliminated from title contention at ISM Raceway.