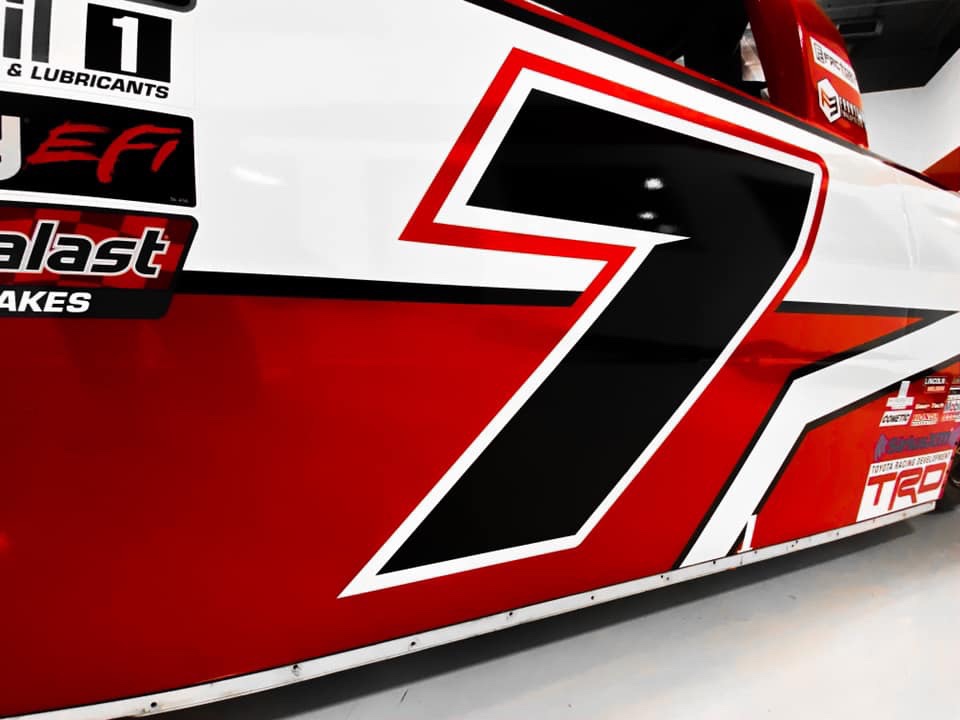 Tanner Gray will be behind the wheel of the No. 7 Toyota Tundra at ISM Raceway and Homestead-Miami Speedway.

DGR-Crosley will field the truck for Gray upping their count to five trucks in the Gander Outdoors Truck Series.

In Gray’s first truck race he started 15th and finished 20th at Martinsville while completing all 201 laps of the event.

The No. 7 had previously been used by All Out Motorsports and Korbin Forrister in the NGOTS.

Forrister’s team had been rumored to shut down after racing in six of the first eight races this season. The team failed to qualify for events at Daytona and Kansas. Recently that team competed at Talladega finishing 13th.