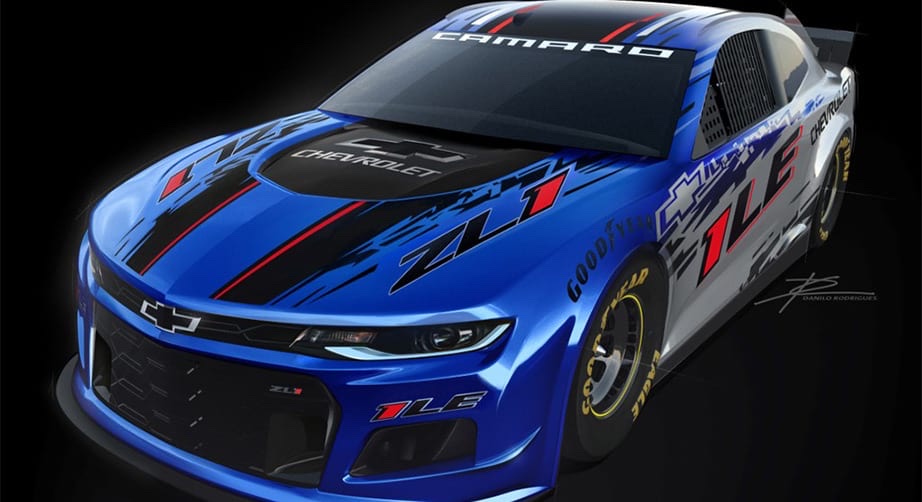 DETROIT — Chevrolet will switch to the Camaro ZL1 1LE in the NASCAR Cup Series in 2020, replacing the Camaro ZL1, which made its series debut in 2018.

Camaro ZL1 1LE — based on the fastest, most track-capable production Camaro ever – will make its competition debut next February during Daytona Speedweeks, which opens the 2020 NASCAR season.

“The ZL1 1LE is the highest performer within the Camaro production-car lineup,” said Jim Campbell, U.S. vice president of Performance and Motorsports. “We took lessons from the production car and applied them to the new 2020 Cup car.”

Rich Camaro Racing Legacy
The outgoing Camaro ZL1 debuted in 2018 and made an immediate impact by winning the pole for the season-opening Daytona 500. That accomplishment was followed quickly by a win in the Daytona 500 a week later.

Camaro ZL1 1LE brings a racing legacy to NASCAR. The 1LE debuted on-track and in the showroom in the late 1980s for the third-gen Camaro. Fourth- and fifth-gen Camaros also featured 1LE.

The current production Camaro ZL1 1LE – with its lighter wheels and dampers, thinner rear glass and a fixed-back rear seat – sheds more than a 50-pounds than a standard ZL1 Coupe and is powered by a 650-horsepower, supercharged LT4 engine.

Camaro ZL1 1LE builds on a winning legacy: Chevrolet has won a record 39 NASCAR manufacturer championships – including 13 consecutive titles from 2003-2015. In addition, Chevrolet drivers have achieved a record 31 championships, including Jimmie Johnson’s seventh in 2016.