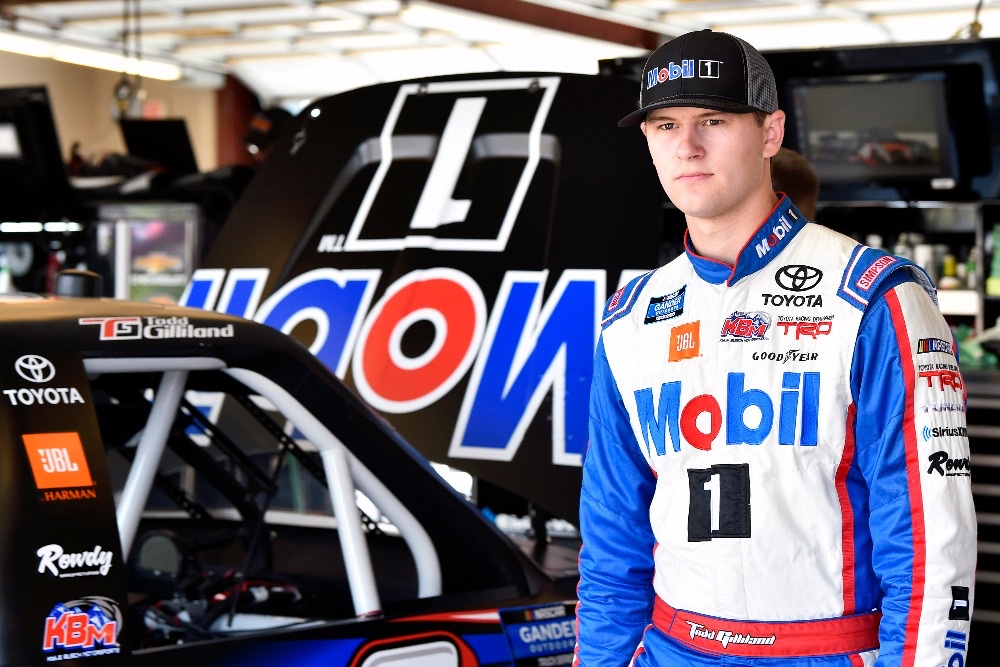 Todd Gilliland scored his first career win in the Gander Outdoors Truck Series on Saturday but that hardly meant the youngster had forgotten what team owner Kyle Busch had said earlier this year.

Gilliland radioed to his team following his first win saying “You guys are the best! Kyle Busch you can stay in your fucking motor home!”

After climbing from his truck, Gilliland was asked about the comments and doubled down.

“It was heat of the moment really,” Gilliland explained. “Just a lot of emotions. Everyone’s heard what he said. Obviously, it’s true, we should have been running better. I’ve wanted to win for the last year and a half as well. I’m doing all I can and the guys at the shop are. It was pretty much heat of the moment. Probably wish I didn’t say it now, but it is what it is. He’s said some stuff about me. It is what it is.”