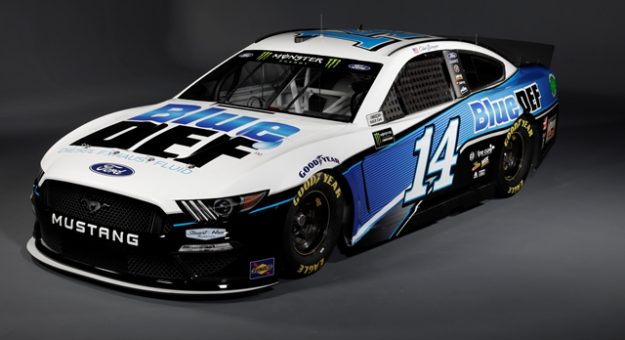 Clint Bowyer has an interesting plan for the future of Martinsville (Va.) Speedway.

“If I could do anything in this sport,” said a probably joking Bowyer. “I would remove that track from Virginia and take it with us to every place we race throughout the country. We need more short tracks, and places just like Martinsville are exactly the ticket.”

The 40-year-old Bowyer, who grew up on Kansas short tracks, loves the rustic nature of the track that’s hosted 141 Monster Energy NASCAR Cup Series races since 1949 and whose fans mix with drivers in the infield and sit close to the action in the grandstands. Plus, it’s only a 90-minute drive from his farm in Mocksville, North Carolina.

“I love getting up on a cold morning in October and driving my truck to Martinsville,” Bowyer said. “That’s old-school racing. When the cars aren’t running, you can hear the fans talking in the grandstands. You are right out there with everybody.”

The NASCAR Cup Series holds its 33rd race of the season and first of the three-race Round of 8 of this year’s playoffs Sunday on the flat, half-mile track in Southern Virginia. Although he fell out of the playoffs at the Round of 12 finale last weekend at Kansas Speedway in Kansas City, Bowyer still has a lot of racing left at the final four stops of the 2019 Cup Series tour.

He’s 11th in points and looking to climb into the top 10 and getting a jump on the 2020 season. Bowyer and Stewart-Haas Racing (SHR) announced Thursday that Bowyer will continue to drive the No. 14 Ford Mustang in 2020, just as he has since replacing three-time champion Tony Stewart before the 2017 season.

“I race because I love to do it and I love to come back here and everything else,” Bowyer said. “There is a lot of pride to be a part of a sport like this, something you grew up doing since you were a little boy. A great deal of pride that goes into being a part of this. As far as the aspect of doing it another year, yes, that is great and according to plan. We kind of look at Martinsville as the first race in our bid to make the playoffs and go on to a championship in 2020. We feel confident we’ll be part of the playoffs again and return to victory lane. Stewart-Haas Racing is where I wanted to be and I can’t wait to get going on 2020, but let’s finish this year out right, and there’s no better place for me to do that than at Martinsville.”

Bowyer arrives at Martinsville after finishing eighth in his home state of Kansas. The finish left him 21 points short of transferring to the Round of 8. Even outside the playoffs, Bowyer said winning a race is enough motivation for any driver the rest of this season.

“I want another one of those grandfather clocks at the house,” he said, referring to the unique “trophy” awarded to race winners at Martinsville. “Each of us is here to win. That’s what the fans pay to watch and we’ll all be digging to win Sunday.”

Bowyer’s best Martinsville moment came in March 2018, when he dominated the 500-lap race leading 215 laps on his way to winning his 10th of 11 career victories. Bowyer celebrated by drinking Busch beer with race fans in the stands that afternoon, as well as having his young family join him in victory lane.

Bowyer will pilot the No. 14 BlueDEF® Ford at Martinsville this weekend. BlueDEF Diesel Exhaust Fluid (DEF) is one of the key elements in the process used by diesel engine builders to meet environmental regulations. DEF is not a fuel or fuel additive. Instead, when injected into the exhaust stream and passed over a catalyst, DEF helps convert harmful gasses into nitrogen gas and water vapor – two harmless and natural components of the air we breathe.

The Martinsville race will mark the third of three primary races this season for Bowyer with Old World Industries, the parent company of the PEAK and BlueDEF® brands. PEAK Coolant & Antifreeze served as the No. 14 sponsor in May at Charlotte (N.C.) Motor Speedway, and PEAK Lighting adorned the No. 14 at Bristol (Tenn.) Motor Speedway in August.