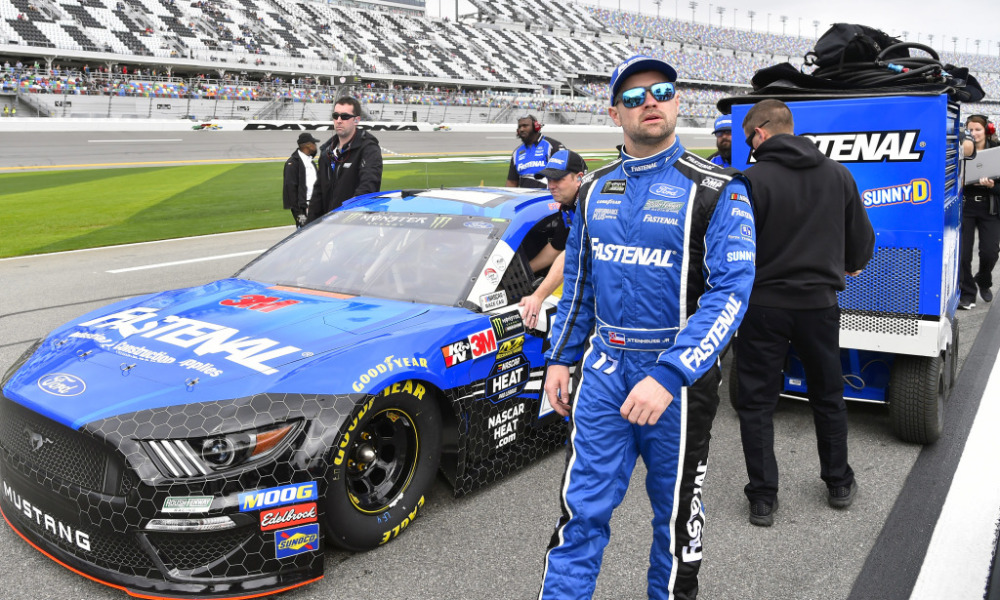 Ricky Stenhouse Jr. found out weeks ago that he would not return to the No. 17 Ford of Roush Fenway Racing as Chris Buescher had been tabbed to replace him. That left open at seat at JTG Daugherty Racing and the No. 37 Chevrolet.

The empty seat at JTG will ironically be filled by Stenhouse.

Ryan Preece will remain with the team and serve as a teammate to Stenhouse. Sponsorship for Stenhouse will be annouced at a later date.

“I’m thrilled to have the opportunity to join JTG Daugherty Racing next season,” Stenhouse said in a press release. “To be able to see what (team owner) Tad (Geschickter), Jodi (Geschickter) and Brad (Daugherty) have built over the years says a lot about the team and the organization both on and off the track. JTG has grown from a small team in a barn to a two-car team with more than 100 employees, and I’m looking forward to joining the family. I’m grateful for the opportunity, and ready to go win races with the ultimate goal of making the Playoffs and competing for a championship.”

A two-time Xfinity Series champion, Stenhouse has Cup Series wins at Daytona and Talladega but has failed to make the playoffs the last two seasons.

“We looked at the whole field of people that were available and accomplished enough to run at the Cup level,” Geschickter said. “Really narrowed it down to two. At the end it’s Ricky’s resume and experience and to see it alongside Ryan, whose still learning his craft at the Cup level, we just thought it made sense to have that veteran experience that’s won races be part of the program as Ryan continues to develop into that winning presence.”