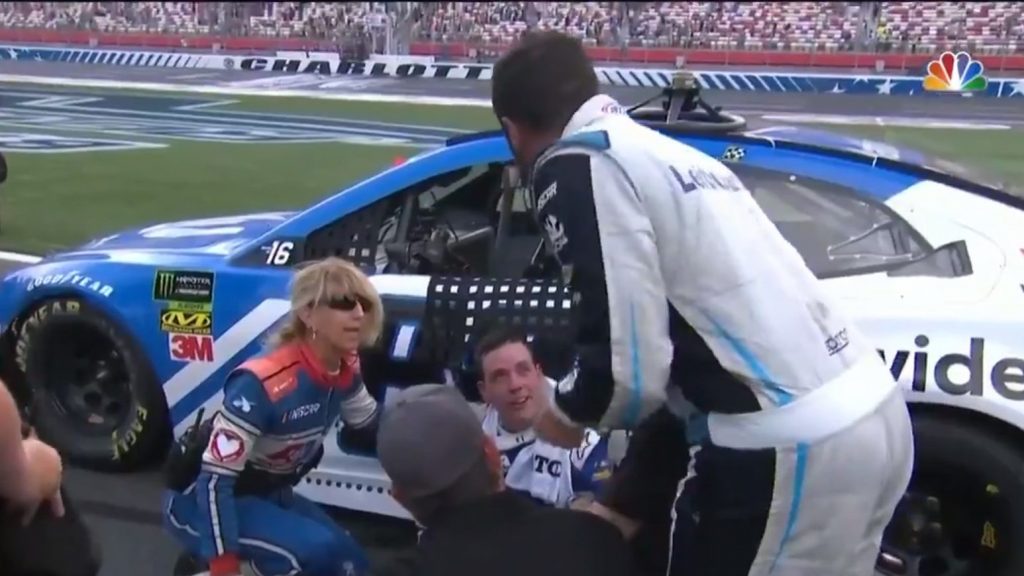 Wallace was upset after contact from Bowman early in the ace which saw him dumped in the chicane.

“He don’t like to race. He just runs over everybody,” Wallace told NASCAR.com as he left the track. “He gets to Lap 1 and he runs over me and the 3 (Austin Dillon) into the back chicane. We’re back there in the trunk, man. Just take it easy for a lap. He had a fast car and he just run over us. Shoot us through the chicane and then we get a penalty for it. Every time he gets to me, he just runs over me.

“Smooth move of playing the sick card so I couldn’t bust him in his mouth.”

Of course that would not keep Wallace from finding his way to Bowman and throwing some water into his face.

“I don’t know if he was mad about the first lap or what but obviously, that was just a mistake,” Bowman said. “Then I got flipped over for every single straightaway for three laps. I got flipped off by him for three or four laps in Richmond so I was just over it. I gotta stand up for myself at some point, right? Probably wouldn’t have gotten wrecked if he had his finger back in the car.”

On the splash of water, Bowman responded.”I probably shouldn’t repeat what he said to me, but nothing classy by any means,” Bowman said. “I mean, I get it, I’d be mad, too, but he put himself in that spot.”

Bowman was one of 12 drivers who advanced in the NASCAR Cup Series playoffs and remains eligable for the championship.