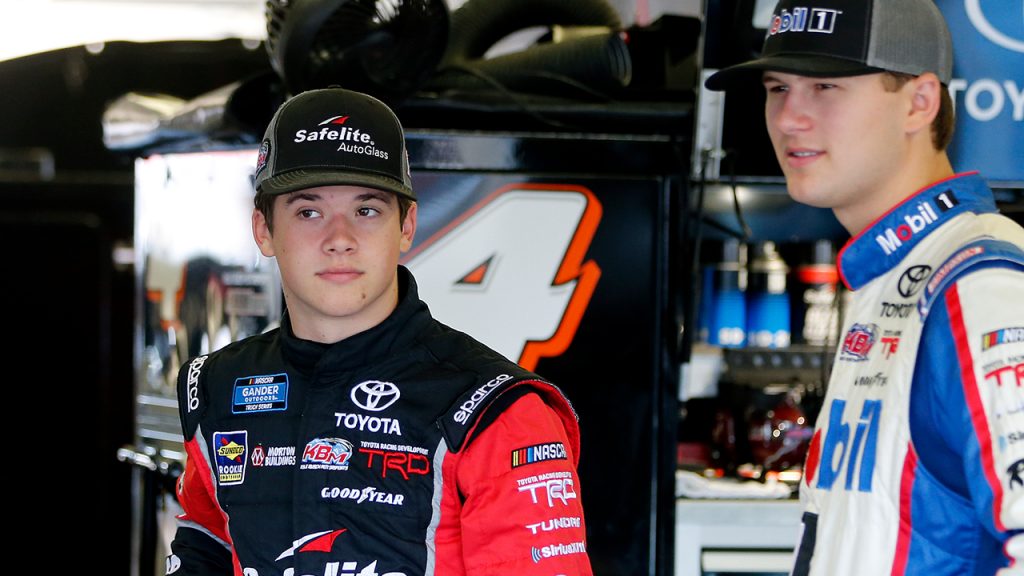 The inability of either Kyle Busch Motorsports drivers to make the NASCAR Gander Outdoors Truck Series playoffs is laughable at best.

Todd Gilliland, 19, failed to make the truck playoffs and after 16 events managed just a pole and three top-five finishes in 16 starts for KBM. Perhaps the fact that Gilliland has not found victory lane though 41 starts in the NGOTS – across three seasons –  should raise some red flags. Prior to the season starting owner Kyle Busch was critical of Gilliland and driving top level equipment on a fully sponsored truck is hardly while failing to make the playoffs is going to little to take him off the hot seat heading into 2020.

Like Gilliland 18-year-old Harrison Burton has also failed to make the playoffs. Burton has now made 31 starts in the NGOTS for KBM and has not found victory lane. Overall he did a little better than Gilliland this season scoring seven top-five finishes but as mentioned before missing the playoffs in a KBM truck with sponsors on board is going to see Burton need a strong close to the season in order to see a return to the No. 18 truck.

Proving Kyle Busch was not the only one capable of getting KBM to victory lane, Greg Biffle showed up at Texas in a one-off after not running a NASCAR race since 2016 and no truck races since 2004 and promptly went to victory lane.