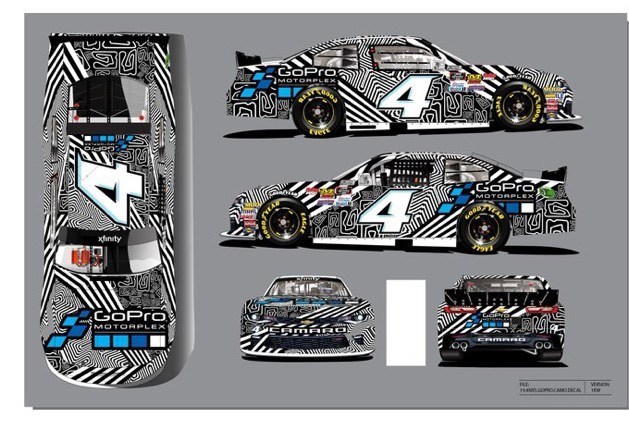 JD Motorsports with Gary Keller is proud to announce that Lawson Aschenbach will make his return to NASCAR Xfinity Series (NXS) competition this weekend at the Mid-Ohio Sports Car Course.

Aschenbach, who is a four-time Pirelli World Challenge champion, has two previous NXS starts. His best finish in the series came back in 2015 at Road America, where he piloted the No. 0 JDM Chevrolet to a 18th place finish in his series debut.

Supporting Lawson this weekend will be GoPro Motorplex, a state-of-the-art go karting facility located in Mooresville, NC. The go kart track is owned by former Mid-Ohio NXS winner, Justin Marks, and brings a tie in with JDM’s team owner, Johnny Davis, who made a reputation in the go kart industry throughout the 1990’s as one of the most revered chassis builders at that time.

Davis was quoted saying “This partnership with Lawson, GoPro Motorplex, and our team is really neat for me. I started building go karts in the early ‘90’s and it was a big part of my life at that time, and to get the opportunity to have it show back up all these years later, man that’s just cool. Lawson has done a good job for our team in his two previous starts, and I am confident that we will be able to have another solid outing this weekend. He is one of the most talented road course ringers I know, and I really think we have a shot at getting a Top 10 finish in Mid-Ohio.”

Last season, Aschenbach raced the No. 01 Chevrolet for the team at the Charlotte Motor Speedway Roval race in September, where he had a legitimate shot at contending before being caught up in a wreck late in the going. The team has goals in place to keep the car on the racetrack in one piece and see where the pieces fall into place.