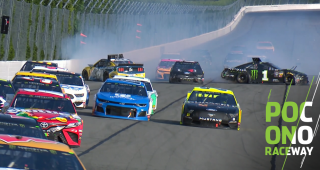 Kurt Busch pulled no punches sharing to social media that he still had ill feelings towards Ricky Stenhouse Jr. following an incident at Pocono Raceway on Sunday.

Busch and Michael McDowell were involved in an incident with Stenhouse during Sunday’s Monster Energy NASCAR Cup Series race in Long Pond, PA.

After sleeping on it I’ve decided to take the high road with the Stenhouse incident. Hopefully he won’t wreck me up there as well. 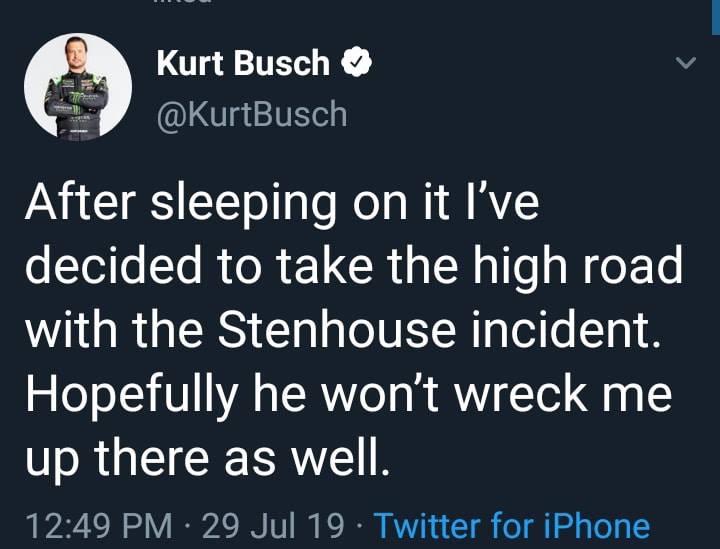 Stenhouse was having none of what Busch was offering and replied.

Take the road on over if you really want to handle it. You have my number