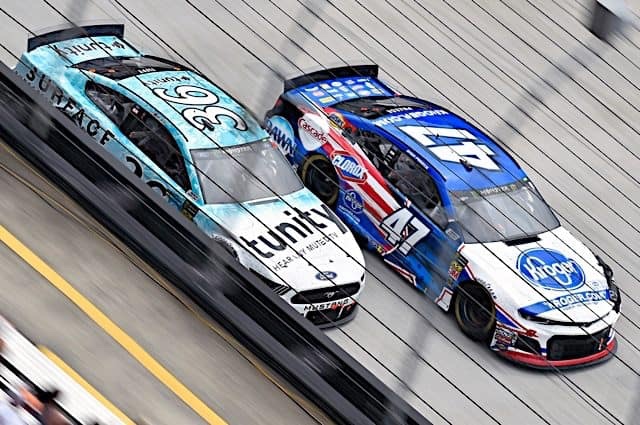 The Sunoco Rookie of the Year contest continues to thrive and thrill. Richard Childress Racing’s Daniel Hemric retook the rookie lead from Ryan Preece with a solid 12th-place finish at Michigan before the off-week. He’s had top-20 finishes in four of the last six races in the No. 8 Richard Childress Racing Chevrolet Camaro ZL1 and Michigan’s result was his second best showing of the year after a fifth-place finish at Talladega last month.

Judging by his recent NASCAR resume, Hemric, 28, has reason to be optimistic heading into the summer road courses. He has three top-three finishes on road courses in the NASCAR Xfinity Series and two previous top-five showings in the NASCAR Gander Outdoors Truck Series road course events. This will be his first time on the Sonoma course.

Preece, 28, is looking for his first top-20 since a third-place finish at Talladega. His best showing in the No. 47 JTG Daugherty Racing Chevrolet Camaro ZL1 in the five races since is 23rd at Pocono Raceway. After leading the rookie standings for much of the season, he now trails Hemric by nine points heading to Sonoma this weekend. His best NASCAR national series road course finishes are fourth place at both Watkins Glen, N.Y. and the Charlotte ROVAL course in the NASCAR Xfinity Series last year.

Matt Tifft, 23, is hoping this week’s fresh venue may offer an uptick in his rookie season. The Ohio native comes into the Sonoma race ranked 31st in the standings with five finishes of 25th or better – including a 24th place showing at Michigan.

He has been good on road courses, in particular, in the Xfinity Series with five top-10 finishes. He won the pole position and finished runner-up at Road America in last year’s Xfinity race there.