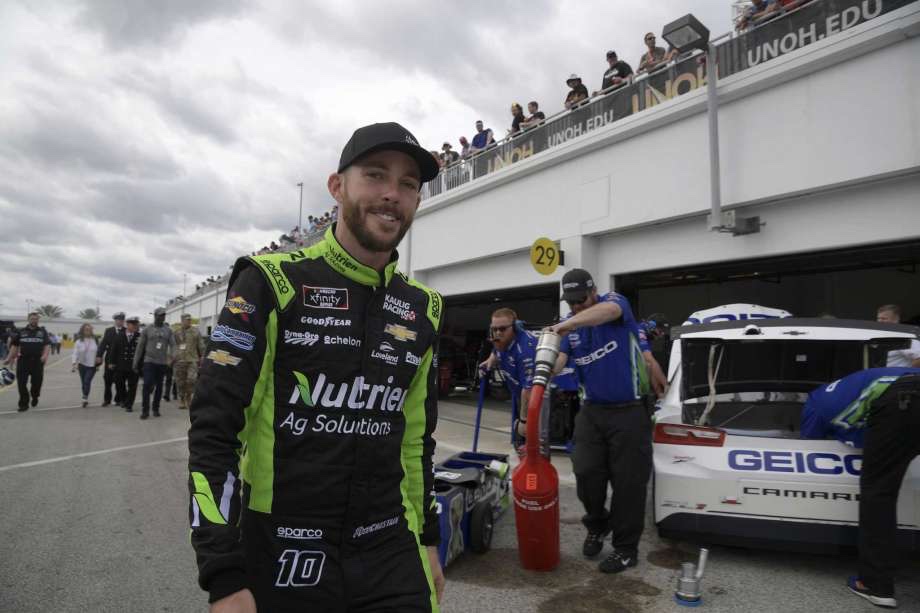 Ross Chastain won the delayed Gander Outdoors Truck Series race at Iowa Speedway. Or so fans were led to believe at the conclusion of the M&M’s 200. After post race inspection Chastain was disqualified and Brett Moffitt was declared the winner.

After rain cancelled qualifying and then the start of the M&M’s 200 on Saturday the race was run Sunday morning in Newton, IA.

Kyle Busch Motorsports driver Chandler Smith began the day on the pole. Smith and Ross Chastain would both have moments at the front of the field.

Chastain, who recently declared for GOTS points was looking for a win at the 7/8 mile track in order to qualify for the championship battle.