Throwback Thursday: When FOX Sports lost a camera and delayed the Coca-Cola 600 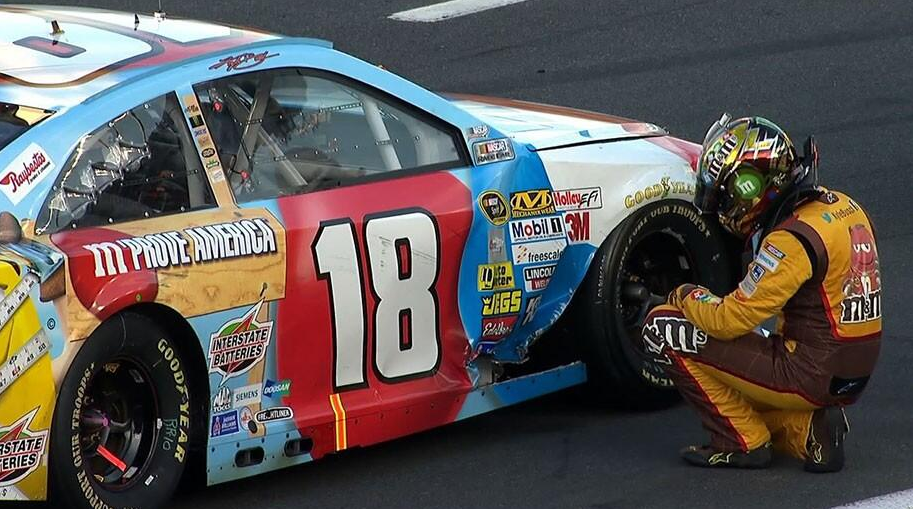 Today’s edition of Throwback Thursday goes back six years ago when a camera rope failed at Charlotte Motor Speedway.

The rest of the rope falling was damage to multiple cars, including the M&M’s Toyota driven by Kyle Busch which may have been poised for a win. In addition to cars, ten fans were also injured when “CAMCAT” malfuctioned.

Busch was leading the race when the rope snapped causing extensive damange to his car. Marcos Ambrose would also run over the rope wading it up in his car and severing his brake line. Denny Hamlin and Mark Martin were among others who saw their cars damanged due to the rope. NASCAR red flagged the race and then gave crews 15 minutes to repair their cars due to the unusual nature of the event.

FOX Sports released a statement which detailed how durable the rope which held the camera was though anyone hurt by the incident probably felt that statement was a bit of a joke when the breaking strength of the rope was 9,300 pounds but failed at less than 900.