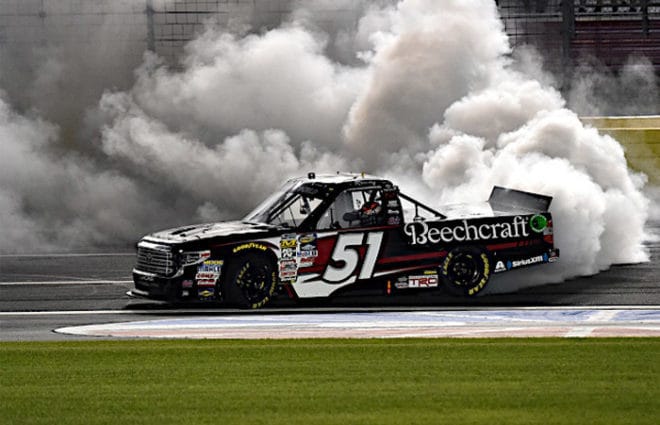 The race which is the only points paying event of the weekend in NASCAR, kicked off under the lights at the 1.5-mile track which is local to so many of the teams which compete in the truck series.