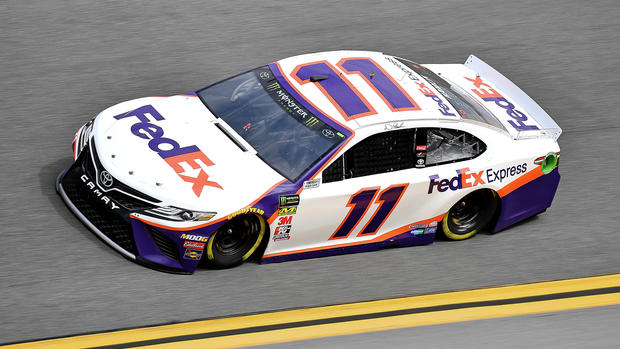 NASCAR driver Denny Hamlin will drive his No. 11 FedEx Toyota Camry in Saturday’s running of the Digital Ally 400 at Kansas Speedway.

Hamlin had to be attended to following Monday’s race at Dover International Speedway. Eventually Hamlin was placed on a golf cart after carbon monoxide was able to seep into his car during the Gander RV 400.

“That kind of hampered the very end of the race for us but it certainly wasn’t the deciding factor if we raced good or bad,” Hamlin said Tuesday via the Associated Press. “It was just a tough race in general. It’s one of the more physically grueling racetracks we go to anyway. Then you do something like that, it makes it even worse.”