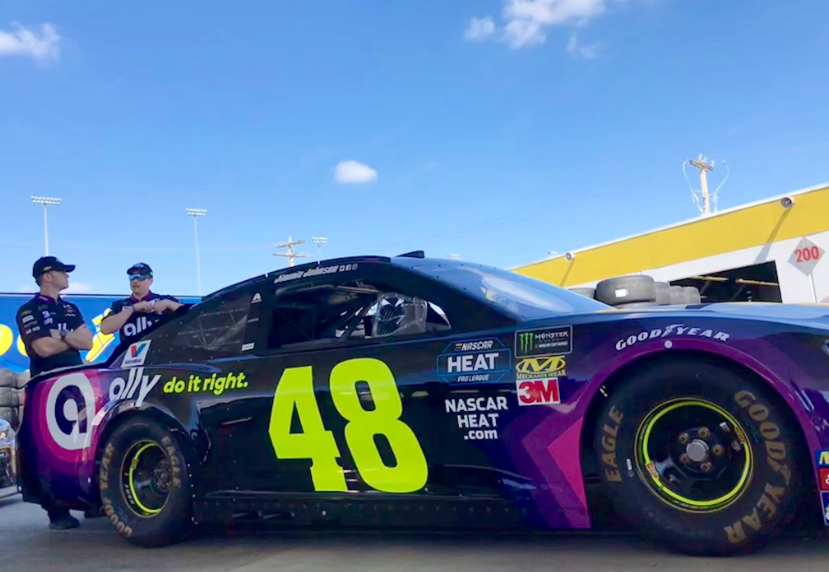 Hard to believe it but Jimmie Johnson has not won a Monster Energy NASCAR Cup Series race since 2017.

Johnson’s last win came in 2017 at Dover. He had won two races prior to the 13th race of the season but has now gone 69 events without a win.

Whether it was the cars, Johnson’s age as some have suggested or just plain racing luck, Johnson had only two top-fives last season and one this year.

So we have reached Dover. Home of Johnson’s last MENCS win. A track has scored 11 career wins at and led 3,105 laps.

Fans of Johnson have been hyping the Dover event for weeks. If you follow anything NASCAR related on social media you have seen comments about how Dover is coming as if this was some sort of Game of Thrones type stuff. The first time I saw it was after Johnson finished ninth in the season opening Daytona 500.

Johnson fans have circled Dover on their calendars but has anyone considered what if Johnson doesn’t win at Dover?

Of the tracks NASCAR has visited so far Johnson has wins at them all. Daytona (3), Atlanta (5), Las Vegas (4), ISM (4), Auto Club (6), Martinsville (9), Texas (7), Bristol (2) and Richmond (3) have all seen Johnson in victory lane. Johnson has not just won at those tracks, he’s won multiple times. So why has Dover been the one track fans have looked forward to?

Was it a way to hype Dover in hopes that Johnson, who has 43 wins at tracks for the first 10 races of the season, would find victory lane before Dover and the pressure would be off? Is it simply the double digit win total which has created an enhanced belief that he was simply that much better there then say Martinsville where he has won nine times? You know you type nine as nine but 10 is written 10 when writing…. (I have no idea)

But what happens if Johnson fails to win at Dover?

Do No. 48 fans look for an excuse, say a wreck the seven-time champion is involved in? Do they point to a strong finish say a top-five? Do they lose hope?

It is one race. While Johnson may no longer be locked onto everyone’s fantasy NASCAR team, Kansas is next week and should Johnson come there with a 70 race winless streak take solace in the fact he has won at Kansas three times with Charlotte, a track he has won at eight times, to follow.

Johnson’s prime seasons where he won seven championships, including five in a row, are arguely the greatest of any NASCAR driver. Ok, I lied. I put that last statement up there because I did not want Richard Petty, Jeff Gordon or Dale Earnhardt fans to scream. Johnson’s streak is in my mind is even more impressive and is why I list him above all three of the aforementioned.

This post has really come off the rails by now and if you are still reading just know that if Johnson does not win at Dover the world will not end. The man has won almost every where and while he may no longer be the best in the sport he is still pretty darn good and capable of grabbing multiple checkered flags in the future. If not Dover then Kansas or Charlotte. You get the idea.