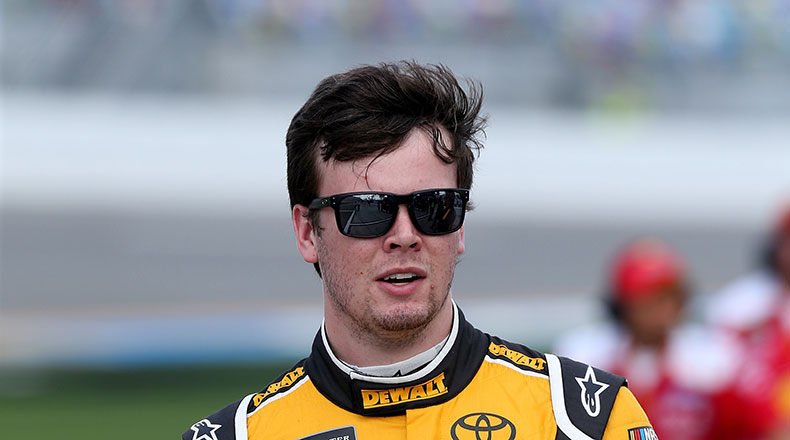 JGR fields four cars in the Monster Energy NASCAR Cup Series and with Christopher Bell proving to be too much for the Xfinity Series the question remains where does he fit in with the organization in 2020.

For what it is worth, Jones spoke to Davey Segal of Frontstretch about a bunch of things but the end of the interview did center around his contract.

Segal: You have a contract extension in the works with Joe Gibbs Racing. How much are you allowed to say regarding the ongoing talks?

Jones: I built a good relationship with JGR and I think we’ve done a really good job with the No. 20 team the last year-and-a-half getting it to a point where we want it to be. Me and Chris Gayle [crew chief] making it our own deal, and who we want to have involved on the team and pit crew side.

It’s really been a good improvement. I’m happy with where we’re at, I’m happy being with Joe Gibbs Racing. For my age, I’ve had a pretty longstanding relationship with them. I hope to continue that and I feel like we’re definitely moving in the right direction.

As you can see, Jones did not offer much other than he was happy. He went on to say that his No. 20 team “should easily make the playoffs and I’d love to advance to the Round of 8.”