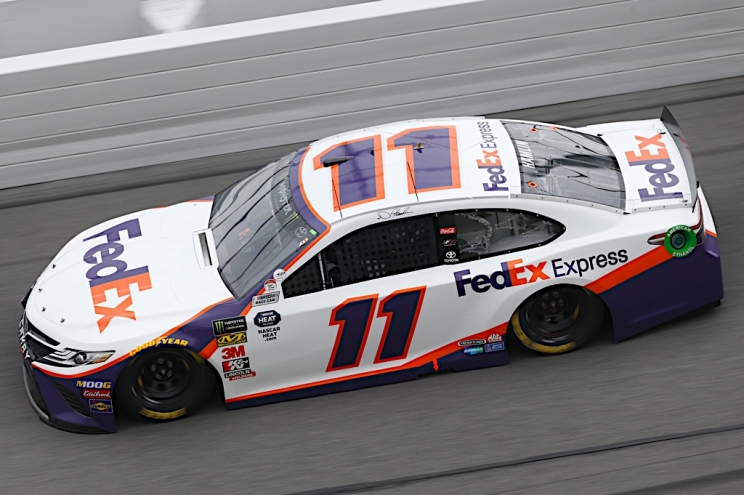 Jimmie Johnson began the O’Reilly Auto Parts 500 on the pole and led the first 60 laps before making a green flag pit stop. Austin Dillon, Kyle Busch and William Byron would all take turns at the front of the field as a result. Joey Logano would go onto win the first stage. Johnson would retake the lead following pitstops at the start of stage two.

As Brad Keselowski went to the garage for a gear repair, Busch and Chase Elliott would see time leading the race in stage two. Caution would come out for Kyle Larson who lost a right front tire late in the second stage. He would become the first car officially out of the race. Multiple cars would be caught a lap down as green flag pit stops where going. Logano who got the free pass would be caught with an uncontrolled tire on his stop. Denny Hamlin who earlier had issues missing pit road and speeding upon exit would find himself at the front of the field. Ryan Blaney and Daniel Suarez would both pass Busch to finish the stage second and third.

After pitstops Blaney would emerge as the race leader with Suarez and Paul Menard following behind. With just over 100 laps to go Blaney would hit pit road with trouble under the hood. He would end up being pushed behind the wall. As pitstops cycled though, Suarez would be shown atop the leaderboard with 95 to go. Busch would retake the lead but with 59 to go would slide up the track allowing Hamlin, Erik Jones and Aric Almirola to pass. Six laps later Busch would make a stop for tires after hitting the wall while Jones would pass Hamlin for the lead. After the final round of pitstops Hamlin would reassume the lead with Bowyer behind.

The win is Hamlin’s 33rd Cup win and his second of the year. He has now won at Texas three times.