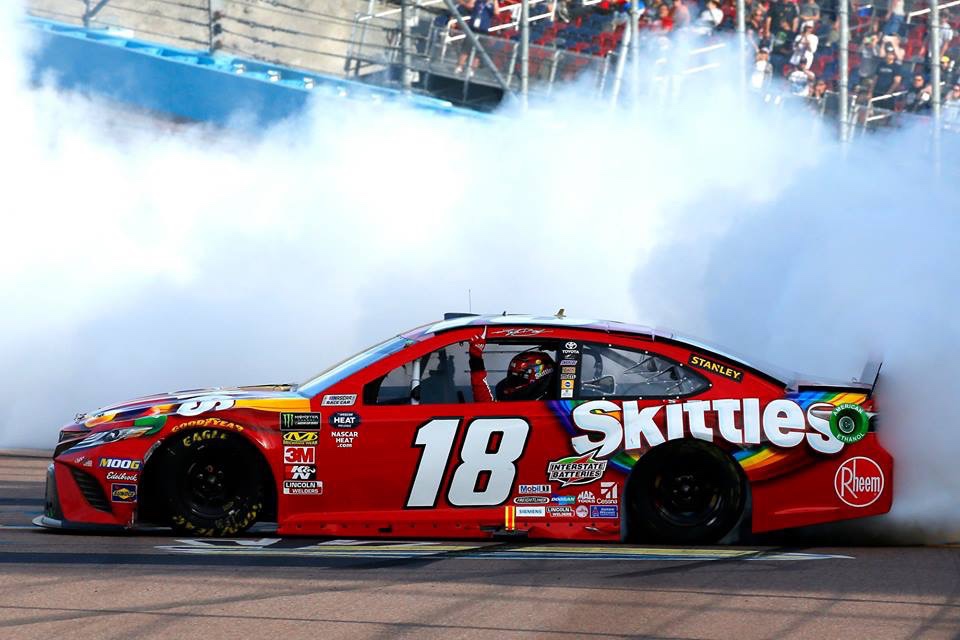 Sometime soon, maybe this weekend at Auto Club Speedway, Kyle Busch will record his 200th win across the top three series in NASCAR.

Kyle Busch passed Martin and when you add in his wins in the Gander Outdoors Truck Series and those 52 Cup Series wins – the last of which came at IMS Raceway on Sunday – the number for Busch is 199.

After that win Busch said the topic of where his wins compared to Petty and others was “not for me to decide.”

Of course the debate, argueing, whining and just utter nonsense from fans rooting for or against Busch has been going on for as long as I can remember. It started sometime around the time that Busch began approaching Mark Martin for the most Xfinity Series wins in a career.

Think of how silly it has been. Mark Martin, a guy who for years was a threat to win the Monster Energy NASCAR Cup Series title, spent time dominating the Xfinity Series and when someone of the same ilk did it years later people were like whooa whooa whooa.

Realizing the time that Busch and others were spending in lower level equipment, NASCAR implemented rules to try and limit the number of races that Cup Series regulars run in the lower divisions. Gone are the days they could race for the championship. In fact now they can only run five races. And yet when Busch runs those races you can bet someone is going to be up in arms.

A lot is lost in all this argueing. Does Mike Trout go and play Triple-A games on his off day in an effort to full up the back of his baseball cards? The answer is no. You already knew that.

Of course by Busch competing in those lower series does two other things. It gives the rest of the field experienced drivers who they can race against. It also provides sponsorship dollars. By being in those lower series’ Busch is able to get sponsorship for a car, which allows others to race in events he is not entered. This is not a foreign idea. Dale Earnhardt Jr. has stated he would have no problem running an Xfinity Series race for a sponsor if it came with additional dollars for other drivers within JR Motorsports.

While Busch may have brushed off being involved on the debate of where his 200 wins place, he surely cares about the number. Social media posts paint a picture that reaching 200 NASCAR wins is something he has had his sights set on. But, something tells me even when he reaches 200 wins it is going to be difficult to get Busch out of a car which has a chance to win.

Everyone just needs to stop getting caught up in the 200 wins debate. Stop fretting over it and stop caring so much.