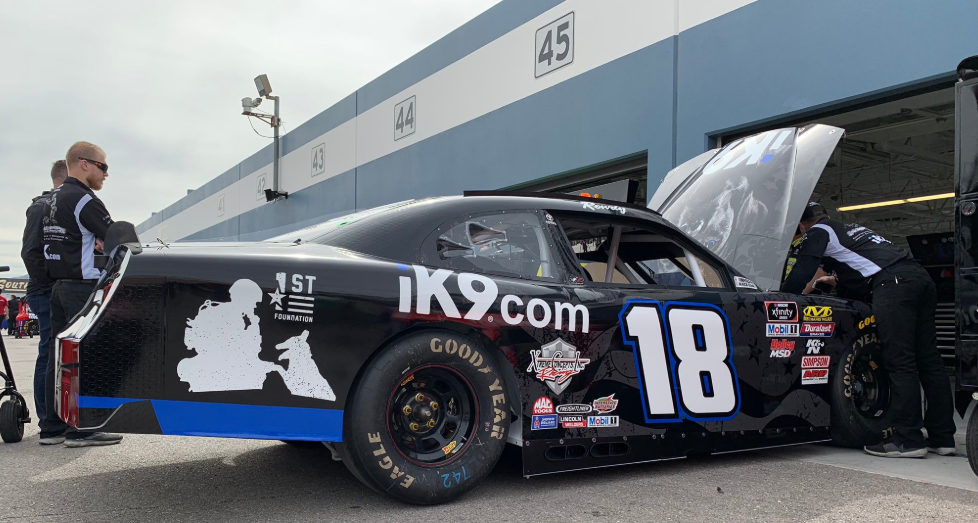 Busch was seeing his first race with iK9 as sponsor. A week ago Jeffrey Earnhardt drove the car at Atlanta Motor Speedway. The Las Vegas native will compete in all three of NASCAR’s top series events this weekend. He qualified first for the Gander Outdoors Truck Series race.

Well … that doesn’t happen often. Watch as Rowdy gets into the wall during final NXS practice in Vegas. pic.twitter.com/OmHn4FWpNv